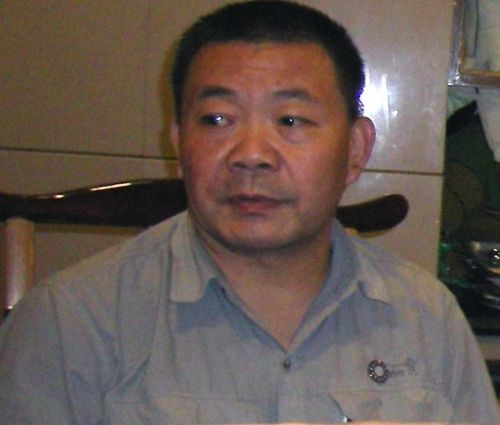 Cause of arrest     covering an event outside the main gate of Intermediate People’s Court of Chengdu City, in Sichuan Province, where a few dozens of the petitioners’ was demonstrating in chain of thread tying themselves, allegedly organized and led by a petitioner Bao Junsheng, to protest the court injustice and calling for the release Huang Qi, the director and webmaster of Tianwang Human Rights Center (THRC) who had been detained since May 2008; and sending his report with photos for online publication at THRC’s website and other overseas Chinese media, thus prosecuted in the same case together with Bao and other 8 individuals involved in the event (1st); dissident writtings and media interviews, including the online and media appeals to support a retired CCP school teacher Zi Su (arrested allegedly on ” inciting subversion of state power” for his call for direct elections in the CCP), and also to concern the case of his brother Huang Yunmin (a resigned judge arrested on “inciting ethnic hatred and discrimination” for his legal assistances to ethnic minorities in Xinjiang Autonomous Region) (2nd)

This entry was posted in China and tagged Chengdu, HUANG XIAOMIN. Bookmark the permalink.