Teng Biao: What will this crackdown on activists do to China’s nascent civil society?

Posted on 01/29/2015 by | Teng Biao: What will this crackdown on activists do to China’s nascent civil society?已关闭评论

Even the renowned rights lawyer Pu Zhiquiang has been caught up in the arrests since 2012. But the democratic push won’t stop 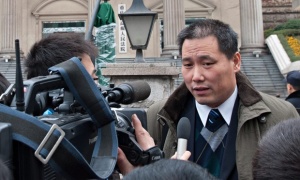 Teng Biao: What will this crackdown on activists do to China’s nascent civil society?已关闭评论

A shorter version of the article appeared in Washington Post on December 28, 2014. Here is the full text. – The Editor

I’m afraid that those of you who excitedly applauded the Communist Party’s rehashing of the term “governing the country according to the law” have forgotten the famous words of Foreign Ministry Spokesperson Jiang Yu, who once warned sternly, “Don’t use the law as a shield.” I don’t understand why some people only remember the pleasant words they speak and but forget their blatant opposition to universal values; why some people are always willing to believe what they say, but disregard all the things that they do. The Communists once boasted wildly about “liberty and constitutional democracy” before they violently seized political power and established a frightening totalitarian rule, but they have since opposed judicial independence, democratic elections, freedom of press and freedom of belief. They have not ratified the International Covenant on Civil and Political Rights (ICCPR), and they refused to nationalize the military.

It is not the first time they come out with the banner of “governing the country according to the law.” In 1997, “governing the country according to the law” was written into the Report Delivered at the 15th Congress of the Communist Party of China, in 1999 it was written into the Constitution. But it was in 1999 that they launched the savage oppression of the Falun Gong, with hundreds of thousands of Falun Gong practitioners illegally taken into custody and subjected to torture, with more than 3,700 people persecuted to death. Since Xi Jinping came to power, no fewer than 400 rights defenders and intellectuals have been thrown into prison for political reasons. Properties have been forcefully expropriated or demolished, free speech has been restricted, religion has been suppressed, women have been forced to have abortions, the judiciary has been fraught with scandals, and the incidence of torture has multiplied. These abuses have never stopped, but have grown in intensity. In Xinjiang and Tibet, the authorities have been perpetrating one shocking human right catastrophe after another.

It turns out that the Chinese Communist Party’s “governing the country according to the law” is not the rule of law you and I understand. The essential element required for rule of law — using the law to limit the authority of the government–was exactly what the Communist Party opposes ideologically and in practice sternly guards against. The rule of law that they talk about in reality is “Lenin + Emperor Qin Shi Huang,” modern totalitarianism combined with the pre-modern Chinese “legalism,” which is nothing more than a tool to further control of society. Or in the Party’s own language, public security organs are the “knife hilt” of the Communist Party. In the “Resolution” of the Party’s recent Fourth Plenum, the term “Party’s leadership” appears at least 17 times. The rule of law is superimposed by the rule of the Party, and there is not a shred of doubt about this.

In China, the legislative organs controlled by the Communist Party have promulgated volumes and volumes of statutes. The judicial organs, also controlled by the Party, are busy dealing with cases. The legal professions, including lawyers, have been developed. However, the question remains: Is the law at the center of the governing order? In the words of Professor Fu Hualing (傅華伶), in addition to China’s legal processes, there are a large number of extra-legal processes, such as re-education through labor, shuanggui (an extralegal system within the CCP for detaining and interrogating cadres), and media restrictions, and then there are the extra-extra laws, such as house arrest, black jails, etc., not to mention all the illegal methods of governance: secret police, chengguan (a para-police force that works with police across the country to help enforce minor city rules and regulations), illegal detentions, monitoring and spying on citizens, extra-judicial torture, forced disappearances, internet police, and gangs. Think about it. Without these tools, how long could the Communist Party continue to rule?

Together with things such as the Three Represents and Harmonious Society, “governing the country according to the law” is Communist Party’s yet another attempt to address the crisis of legitimacy. These slogans have gone quite a way in reaching the Party’s goal of tricking people within China and the international community. However, legitimacy in contemporary politics can only come via the recognition given through free elections. But the Communist Party wants to cling to one-party rule, and it completely rejects general elections, even in the Hong Kong Special Administrative Region. It’s not difficult to understand why that real rule of law would necessarily mean the end of the one-party system. This is the limitation on the legalization process that began in the late 1970s that cannot be overcome.

I must admit that the term “governing the country according to the law” is different from other clichés in that it provides “rhetoric room” for citizens defending their rights “according to the law.” Over the past 10 years, I and other human rights defenders have consistently used existing laws to carry out our human rights work, and occasionally we’ve been able to achieve success in some legal cases. However, the limitations are obvious. The authorities have rejected any significant reform of the judicial system or democratization, and whenever they feel a threat from civil society, they suppress more and harsher. I myself have had my lawyer’s license revoked, have been expelled from my university, and have been kidnapped and disappeared several times. When the security police were torturing me, they shouted, “Don’t talk about any of this law stuff with us.”

In enumerating progresses being made in China legal system, people pointed out the fallen number of death sentences, the new criminal procedure law, the abolishment of reeducation through labor, reform of the local court system, government’s willingness to provide information, and the ongoing anti-corruption campaign. To begin with, it is questionable whether or not most of the above are actually progresses in the legal system. Even if they are, the major driving force for these changes has been the people, each a result of the probing, pressure and paying price by rights lawyers, democracy activists, and the countless Chinese on the lower rungs of society.

Xi Jinping once talked about locking up power in a cage, but this is not much different than a magician wrapping an iron chain around himself. In reality, what they would like to do, are doing and want to do, is to lock the people up in a cage. The APEC meeting that just concluded in Beijing has allowed people around the world to experience the power of “governing the country according to the law.” In Huairou, close to 9,000 homes were demolished, cars from outside the city were not allowed to enter Beijing, electric motor scooters were forbidden from being on the streets, stoves within a 5km circumference of the meeting center were prohibited, milk companies had to temporarily stop delivering milk, and express mail services were not allowed to deliver packages to Beijing. In Hebei, more than 2,000 companies were ordered to stop production, Tianjin cut off heating, street peddlers were driven away, a large number of human rights petitioners were detained, and even marriage registration offices of Beijing municipal government temporarily stopped operating, and crematoriums were ordered not to cremate the dead.

From between the lines of Party documents, sycophants inside and outside China are able to imagine a “spring for rule of law” that doesn’t exist while ignoring human rights disasters suffered by Ilham Tohti, Xu Zhiyong, Cao Shunli, Gao Zhisheng, Uighurs, Tibetans, petitioners, Falun Gong adherents, and house churches. The kind of selective blindness has hindered Western readers and politicians from understanding the reality in today’s China. It’s no surprise that this type of seemingly even-handed wishful thinking has become the excuse for Western governments to adopt short-sighted policies of appeasement in dealing with autocratic regimes and for favoring trade over human rights. 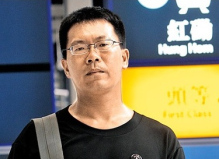 Teng Biao is a human rights lawyer, visiting fellow at Harvard University Law School. He can be reached at [email protected]

Other op-eds by Teng Biao:

Ilham Tohti should get the Nobel peace prize, not life in prison, Guardian, September 24, 2014.

Gao Zhisheng, out of prison but not free, Washington Post, September 7, 2014.

Posted on 10/21/2014 by | China’s Unstoppable Lawyers: An Interview With Teng Biao已关闭评论 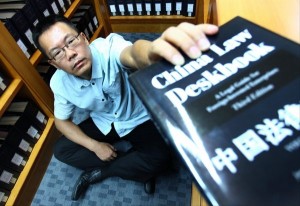 Teng Biao is one of China’s best-known civil-rights lawyers, and a prominent member of the weiquan, or “rights defenders,” movement, a loosely knit coalition of Chinese lawyers and activists who tackle cases related to the environment, religious freedom, and freedom of speech and the press. END_OF_DOCUMENT_TOKEN_TO_BE_REPLACED

Teng Biao:Ilham Tohti should get the Nobel peace prize, not life in prison

Posted on 09/24/2014 by | Teng Biao:Ilham Tohti should get the Nobel peace prize, not life in prison已关闭评论

The Uighur academic, and my friend, has devoted himself to fostering relations between the Uighur and Han people. For this, China has locked him up 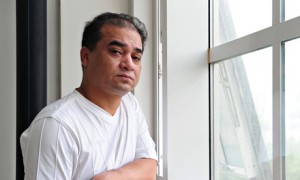 Teng Biao:Ilham Tohti should get the Nobel peace prize, not life in prison已关闭评论

June 4th has passed, but the arrests continue, and every day brings bad news from China. While scholar Xu Youyu, artist Chen Guang and others have been released “on probation,” END_OF_DOCUMENT_TOKEN_TO_BE_REPLACED

In 1989, I was a high school student in a small county in Northeastern China. Two years later, I was admitted into Peking University. END_OF_DOCUMENT_TOKEN_TO_BE_REPLACED