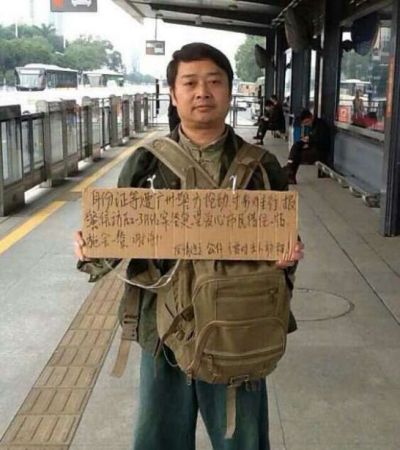 Cause of arrest        Online reveal of the police’s bad performance, beating and threatening him; visiting the graves of June Fourth victems

In February 2016, the People’s Procuratorate of Chengdu City accepted the motion of his lawyer, and droped the charge of inciting subversion, to hand down his case  to the People’s Procuratorate of Wuhou District, Chengdu City. On 26 December 2016, People’s Court of Wuhou District started the hearing of trial but then suspended it after the defendant dismissed his lawyers for protesting the court that had not permitted his friends to attend the hearing.

This entry was posted in China and tagged Chen Yunfei, creating troubles. Bookmark the permalink.