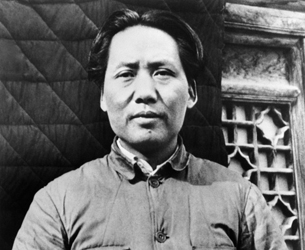 The ruling Chinese Communist Party has stopped publication of a collection of essays by a well-known historian whose books have never yet been available outside Hong Kong.

Gao Hua’s collection The Realm of History, which includes the late historian’s essays, lecture notes, book reviews and observations, was halted just ahead of publication by party censors, who ruled it “forbidden,” fellow scholar Wu Zuolai said via Twitter.

The book was announced by the Guangxi Normal University Press last November to mark the fourth anniversary of Gao’s death.

The book contains musings, reminiscences and historical and cultural analysis of modern China, with a particular focus on individual experience, according to its listing on Amazon.

Gao’s writings, which rely heavily on diaries and letters, and place the individual at the heart of history, are no stranger to controversy.

His seminal work How Did The Red Sun Rise?, analyzing the ideological campaigns launched in the party by late supreme leader Mao Zedong during the cave-dwelling Yan’an period at the end of the Long March (1934-1935), was only available in Hong Kong, which has a long history of publishing books banned in mainland China.

Shanghai-based independent scholar and writer Jiang Danwen said the main appeal for readers in China was the possibility of previously unrevealed tidbits from their own history.

“Gao Hua was a careful and conscientious scholar, and his book is full of unrevealed truths about our history,” Jiang said. “[It] could help us understand a lot more about what went on behind the scenes of our nation-building than we did before.”

“I think that the recent crackdown by the government on freedom of expression and on the publishing industry stems from the fact that they don’t want there to be a wider understanding of history, of the truth, among their citizens,” he said.

“At a time when more and more banned books are finding their way [into China], we can only say that the publishing industry and freedom of expression are going through some very hard times right now,” he said.

“It’s a sign of growing centralized control over ideology.”

Xi’an-based independent journalist Ma Xiaoming, who has previously worked for the party’s propaganda department, said Chinese censors are now starting to micromanage the publishing industry, although there is rarely a paper record of their bans.

“I worked in the Chinese Communist Party’s propaganda departments for a number of years, and this sort of crackdown is nearly always carried out through verbal orders,” Ma said.

“But it’s not a question of people sitting in the propaganda department censoring stuff,” he said.

“There isn’t a single form of mass media in China that isn’t controlled by the party in the first place, so they don’t need censoring,” Ma said.

“The people who work in them naturally protect the interests of the party.”

He said the authorities will clamp down hard if the publishing industry steps out of line, even in the case of a book like Gao’s, which has a small print run.

“They have to make an example of it … in case it has a negative impact on the regime,” Ma said.

Gao, who died in 2011, is widely respected in China, in spite of the banning of his most famous book.

In 2010, the Guangdong People’s Press published a collection of essays by Gao titled Revolutionary Times, which was well received in China.

They included an analysis of China under the nationalist Kuomintang (KMT) government (1911-1949) and an account of the political thought of Sun Ke, son of 1911 revolutionary leader Sun Yat-sen.

Nine of the essays look at how Mao was able to call the shots and imprint his own “revolutionary” agenda on the party, once the survivors of the Long March fetched up in Yan’an.

Gao traces now-familiar party practices, including self-criticism and self-examination, as well as ideological investigations, back to this period known as the “rectification” movement.

Mao also stamped his personal political writing and speaking style indelibly onto the political life of the nation at this time, laying the foundations for the power struggles, “anti-rightist” campaigns and political violence of the Cultural Revolution (1966-1976) that came later.

The ban on Gao’s book comes as propaganda authorities also moved to delete references to an Internet meme styling the party as “the Zhao family” in a reference to Lu Xun’s work about pre-1949 China, The True Story of Ah Q.

According to former top party aide Bao Tong, the “Zhao family” meme undercuts the party’s attempts to justify their policies in terms of political ideology, instead characterizing the country’s ruling elite as a self-perpetuating web of vested interests.