China, From Within: A First for Chinese Women, and a Prominent Muckraker Quits

Posted on 11/17/2014 by editor | China, From Within: A First for Chinese Women, and a Prominent Muckraker Quits已关闭评论

A week of news the West missed from the world’s most populous country. 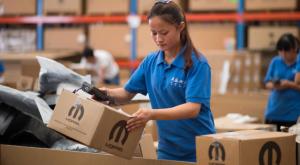 A draft from China’s Ministry of Finance proposes that local governments be allowed to go bankrupt.

Well-known journalist Luo Changping announces he’s quitting journalism to become an entrepreneur.
Luo made a name for himself by exposing the corruption of top government official Liu Tienan, who was later fired and is currently standing trial. But press freedom in China has deteriorated since President Xi Jinping came to power in March 2013, making investigative journalism even riskier. Luo Changping’s own social media accounts have also been subject to particular scrutiny, though his accounts have not been shut down, as has been the fate of other independent political commentators in China. Entrepreneurship may provide a much more lucrative, and less risky, future for the 34-year-old Luo.

This entry was posted in Headlines and tagged China, Muckraker, Women. Bookmark the permalink.