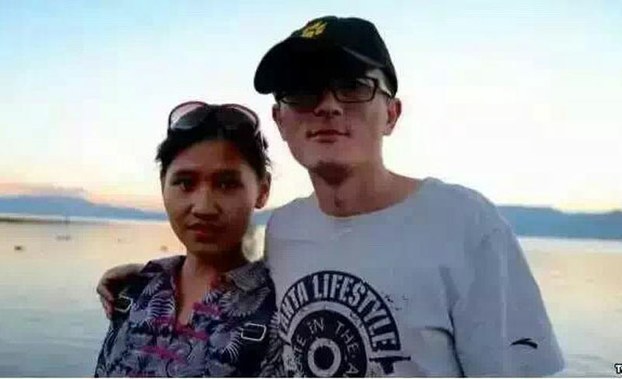 Chinese rights activists and journalists have welcomed a Press Freedom award handed to two detained bloggers and the Sichuan-based Tianwang rights website, amid fears that two of the recipients may be being mistreated in detention.

The “64” Tianwang website won the media category, because its reporters take great risks to keep the Chinese people informed about the country’s civil rights movement, RSF said in a statement.

It cited the detention of five of Tianwang’s citizen journalist contributors ahead of the G20 leadership summit in the eastern city of Hangzhou in September.

“But their determination does not flag,” RSF said, adding that none of Tianwang’s contributors has signed a “confession” proffered by the authorities in 18 years of activity.

“None of them has thereby contributed to the Party’s propaganda, which includes broadcasting such ‘confessions’ on [state media] with the aim of discrediting dissidents,” it said.

Tianwang founder Huang Qi said he was “very pleased” to have received the award.

“I am very grateful to all our volunteers for their support, and we also hope that the relevant authorities in China will immediately release citizen journalists,” Huang told RFA.

He called on the ruling Chinese Communist Party to “make a series of adjustments” in its current regulation of the media, which is expected to serve party interests in China.

“[We want] the freedom of the press that comes from protecting citizen journalists involved in human rights activism,” Huang said.

Lu and Li won the award in the “citizen journalism” category, “for having documented strikes and demonstrations by citizens across China.”

Li Tingyu’s mother Huang Qingying told RFA she has still not been allowed to visit her daughter in a police-run detention center since she was initially detained in June.

“Li Tingyu is still in the same detention center in Yunnan,” Huang Qingying said. “She told her lawyer that Lu had been beaten up.”

“She also told him she had a letter to give me, but I still haven’t received it,” she said. “I’m very worried about her … but I don’t have the power to save her on my own account, so what am I supposed to do?”

“[They are] paying a high price for their commitment to freely and independently-reported information in China,” Deloire said.

“The news website 64 Tianwang also wages a heroic fight for the same goal, and is similarly targeted by the Chinese regime,” he said.

“In [these] countries, practicing journalism often means taking your life into your own hands,” Deloire said.

“Am I, or am I not, a journalist?” Li Xinde said. “According to the rules laid down by the State Administration for Press and Publications, I must obtain a press card issued by them before I can call myself a journalist.”

“But the work I do is actually journalism.”

He said even state-approved journalists can only hold press cards linked to a registered media organization; they can’t hold them as individuals.

“Sometimes it takes them three months or a year for their press card to come through, if they change employers,” Li Xinde said. “This phenomenon is caused by this system we have.”

He called on the government to lift restrictions on citizen journalists.

Li Tingyu and Lu Yuyu were detained after they compiled meticulous, daily lists of “mass incidents” like protests and riots that are largely ignored in the country’s tightly controlled state media, making the results public via Google, Twitter and Weibo.

Li Tingyu, who was forced to drop out of a translation and interpretation degree at Guangzhou’s prestigious Zhongshan University after publishing articles out of the reach of Chinese government internet censors, was also formally arrested on the same charges at the same time.

She had already been targeted for “chats” with China’s state security police, and withdrew from her university amid huge political pressure on the university and on her family, according to the rights website Weiquanwang.

Lu, meanwhile, has been previously detained for short periods in Shanghai and Guangzhou for “illegal assembly,” and began compiling statistics of public protests and unrest in October 2012.

A former migrant worker, Lu called his online operation “Not the News,” in a nod to the widespread censorship of “sensitive” stories of mass protests by the ruling Chinese Communist Party and the media outlets under its control.

Activists have said the sort of data Lu compiled, which last year including details of more than 30,000 “mass incidents” not widely reported in China, could easily have made him a target.

Reported by Ng Yik-tung and Lau Siu-fung for RFA’s Cantonese Service, and by Qiao Long for the Mandarin Service. Translated and written in English by Luisetta Mudie.