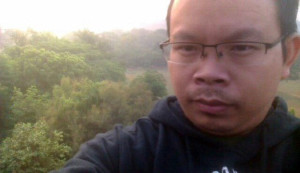 Journalist Li Xin, who went into exile to protect his family in China, in undated photo.
Photo courtesy of Li Xin

A former columnist at a top newspaper who fled China after being recruited to spy on activists by state security police has revealed some of the inner workings of the Chinese propaganda regime, including a secret list of topics and sources off limits to media organizations.

Li Xin, who once wrote for the cutting-edge Southern Metropolis Daily newspaper, fled China three months ago, landing in New Delhi after two years of pressure by state security police, who forced him to spy on the activist community with the threat of spying charges hanging over him.

Documents saved by Li from his time at the newspaper and shown to RFA give an unprecedented glimpse into the inner workings of the ruling Chinese Communist Party’s propaganda machine.

“The mainstream media in mainland China basically receive orders from the propaganda ministry of the central government, and from propaganda departments at lower levels of government, on a daily basis,” Li told RFA in a recent interview.

“[Sometimes] they even receive orders from the leadership about the need to boost propaganda on certain topics, for example, [President] Xi Jinping’s visit to the United States,” he said.

Media outlets are also advised which stories they are allowed to pursue on their own account, and which stories must rely on approved copy from the state-run news agency Xinhua, or the Communist Party’s newspaper, the People’s Daily, Li said.

“There are also detailed directives about which content must be deleted and so forth.”

Based on documents held on the computer systems of the Southern Metropolis Daily, Li said there is a list 14 banned topics for Chinese journalists, including issues of state security, territory and sovereignty, the leaking of state secrets and matters affecting national interests and prestige.

Media outlets are also barred from covering racial or ethnic strife, incitement to ethnic discrimination, as well as “supersititions or evil cults that damage state policy on religion.”

Reports that “disturb public order” or undermine social stability, are banned, including any “incitement to illegal assembly,” or to illegal activities such as gambling, violence or prostitution, Li said.

“Another important factor is the white list held by the propaganda ministry, which lists all of the news organizations whose content can be syndicated,” he said. “It’s against the rules to use any content from sources that aren’t on the white list.”

According to a recent report by the Cyberspace Administration of China, just over a quarter of the places on the online version of the white list are taken up by media outlets under the direct control of party or government departments, including party stalwarts the People’s Daily Online and the online version of the People’s Liberation Army newspaper.

The rest are given over to provincial and regional media, out of which just 20 slots are allocated to online-only news media, and limited to regional government websites like Anhui Online.

Cutting-edge media like the Guangzhou-based Southern Metropolis Daily newspaper and the 21st Century Business Herald don’t appear on the list, meaning that they can’t syndicate their news content to other sites.

Li also saved a long list of banned keywords which propaganda authorities have ordered to be deleted from any news websites.

Words on the list include those related to politically sensitive news stories and historical events, including the 1989 student-led pro-democracy movement on Tiananmen Square and the banned Falun Gong spiritual movement, designated an “evil cult” by the government.

A search for Li Xin’s name on China’s closely censored search engine Baidu on Tuesday showed a number of archived articles with his byline, from his time at the Southern Metropolis Daily.

Li, an active campaigner for democratic reforms who once ran his own rights website, said he was approached and pressured into acting as an informant for the state security police after he wrote an analysis of China’s democracy and human rights movement for an unidentified Taiwan ‘professor’ while a graduate student in India.

With potential espionage charges hanging over his head, Li was ordered to produce regular reports for the state security police on labor and rights activism, lawyers and the Occupy Central movement in Hong Kong.

He escaped via Hong Kong earlier this year, arriving in India after a month of traveling, leaving his wife, child and parents back home in China.

He has been denied political asylum in India, which doesn’t accept applications from Chinese nationals, and is now seeking a visa to travel to the United States before applying for asylum there. His Indian visa expires on Nov. 28.
For detail please visit here