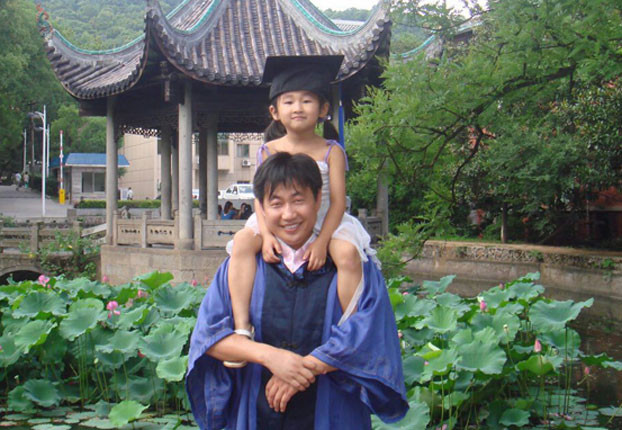 A rights group on Tuesday called for the immediate release of detained Chinese rights lawyer Xie Yang, detailing his lawyers’ reports of his torture in a police-run detention center in the central province of Hunan.
Xie was subjected to confinement in a “hanging chair” made of plastic chairs stacked high above the ground for hours at a time, so that his legs swelled up and he was in excruciating pain, he told his lawyers.

He was also deprived of sleep and repeatedly beaten, humiliated, and taunted with death threats against his family, CHRD cited his lawyers’ notes as saying.

Xie’s lawyer Liu Zhengqing confirmed to RFA that he had filed a formal complaint on his client’s behalf over his treatment in detention, but declined to comment further.

“Right now all I can do is act as his lawyer,” Liu said, adding that no date has yet been set for Xie’s trial on charges of “incitement to disrupt public order and subvert state power.”

Initially detained on July 11, 2015, Xie was held under “residential surveillance at a designated location” in a government guesthouse belonging to the National University of Defense Technology in Hunan’s provincial capital, Changsha.

Subjected to abuse including deprivation of food and water, Xie was tortured again after being moved to the police-run Changsha No. 2 Detention Center following his formal arrest on Jan. 9, 2016, CHRD said.

“Once, when he felt gravely ill and feared he was going to die, he demanded the police call in a medical emergency, but instead an officer arrived and beat him,” the group said in a statement on its website.

Orders from higher up

It said the officers interrogating Xie had boasted that nothing would be done about their actions, because they were acting under orders from the ruling Chinese Communist Party in Beijing.

“Xie … is at risk of retaliation by the same police officers whom he accused of torturing him,” CHRD said.

Xie and his lawyer have filed a complaint against the police officers, demanding an investigation and prosecution for “torturing to force confession” and “using violence to extract evidence,” both forbidden under China’s Criminal Law.

Interrogators Li Yang, Qu Ke, and Yin Zhuo were also named in the complaint, although their rank and agency was unclear.

However, CHRD said detention center staff allowed Xie’s lawyers unprecedented access to their client, and made no attempt to stop them leaving with copious notes taken during their meetings with him.

Xie’s wife Chen Guiqiu, who was held and questioned for seven hours on Jan. 20 after the torture allegations were made public.

She told RFA that fellow activists have rallied around with an online selfie campaign, posting photos of themselves holding up placards supporting Xie.

However, she said she was unable to give a longer interview, suggesting that she remains under close surveillance by state security police.

“It’s not convenient for me to give interviews right now,” Chen said when contacted by RFA on Monday.

Lawyer Ma Lianshun, who is representing Xie in the complaint over his torture, said China’s lawyers are living in a “time of terror.”

“We have to use methods [like lawsuits] as a way of making our voices heard,” Ma said. “That is already pretty courageous, but as for how much use it will be, it’s hard to see what kind of result we could get.”

“I don’t think there will be a direct result … but Xie could end up getting slightly better treatment. They might not dare beat him after [after this], because if they carry on doing it, the whole world will know about it,” he said. “They could get into a lot of trouble if they persist.”

Beijing-based rights activist Hu Jia said the crackdown, in which more than 300 lawyers, law firm staff, rights activists, and relatives were detained, questioned, or placed under surveillance or other restrictions since the crackdown began, was the worst the legal profession has seen in recent times.

“The treatment of Xie Yang is a particularly egregious example of it,” Hu, who was instrumental in organizing the photo campaign, said. “We are standing up so as to ensure that citizens get a bit less of this inhumane treatment, [or better], none of it at all.”

“Lawyers have always protected us in the past; now it’s time for us to speak on their behalf, and … and let the administration of Xi Jinping know that … the people stand with the lawyers,” he said.

According to CHRD, China was requested to provide an update last December to the United Nations’ Committee Against Torture on any progress on issues it found with its record on torture.

The group said the report, which was to have included details of independent investigations into torture allegations and criminal penalties for perpetrators, is overdue.

Reported by Wong Lok-to for RFA’s Cantonese Service, and by Yang Fan for the Mandarin Service. Translated and written in English by Luisetta Mudie.