Posted on 08/29/2016 by editor | Emmanuel Ogunsola: The China Strategy #TWBR已关闭评论 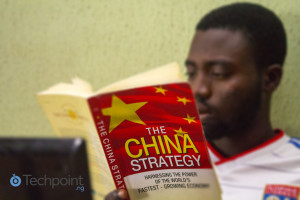 In his book “The China Strategy”, Edward Tse shared his years of experience as a consultant to a lot of companies outside of China that he helped build their businesses in China. The 247 page book isn’t a long read as most people would think. Edward carefully touched on the key areas that has formed the China Strategy that we know today.

The book China Strategy with 8 unique chapters, can be divided into two parts. The first section of the book visits China’s history outlining the four main drivers of China’s Economy while the second section (which houses chapter 5 – 8) builds on the four drivers to help create a workable strategy that any business can embrace inorder to succeed in the Chinese market.

Edward dissected the core of the knowledge required to grow any business in a dynamic market using the four drivers of Open China, Entrepreneurial China, Official China and One World.

The Chinese consumer market is more complex than most people expect, openness is bringing with it phenomenal competition, abrupt rises and falls in market share for both new and established products and nearly placing zero loyalty across all brands.

Market growth in mobile phone subscribers, mortgage loans and car sales are evidences of the value gotten from openness. The government recognizing the telecommunications industry as a key part in achieving its set goals granted issuance of handset manufacturing licenses thereby causing heavy competition among both foreign and local Ordinary Equipment Manufacturers (OEMs), consumers were presented with irresistible combination of cheap phones, ultra-low tariffs, and a state-of-the-art nationwide network.

The mortgage-loan market birth by the Chinese government’s reform of the urban housing policy paved the way for the liberalization of the housing market. City dwellers were provided the option of buying homes from their employers at giveaway prices. The mortgage-loan industry is expected to cater for an urban population projected at reaching 800 million by 2020. 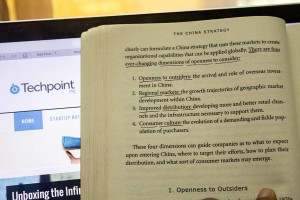 Aside being an incubator for large businesses and the world’s largest growing source of entrepreneurial startups, Chinese companies have made China the world’s most competitive business environment.

The economic reform of the 1970s by the Chinese government gave birth to an Entrepreneurial China that is aggressive, flexible, innovates fast and places a lot of emphasis on growth.

Using Huawei as a springboard, Edward encapsulates many distinctive features of China’s most successful companies. One major reason for Huawei’s success is the ultra competitive pricing of it’s products, made possible by China’s low manufacturing costs and government support.

In exploring the business environment in China, Edward explored the product market freedom made possible through the liberalisation of restrictions on ownership and production.

Like most business environments around the world, China houses three types of companies. The millions of companies operating in China can be classified according to their ownership; Publicly owned companies, Privately owned Chinese companies and Privately owned foreign companies including enterprises that are wholly owned or jointly owned by non-Chinese owners or investors.

Over the years, the number of publicly owned companies in China has been on the fall but yet they remain the core of the Chinese economy providing the largest share of China’s export.

Anyone trying to make sense of China’s business landscape will need to understand the strategic agendas driving each of the three types of companies, along with their strengths, the pressures that they are subjected to, and the kinds of responses they are likely to make to these conditions. – Edward Tse 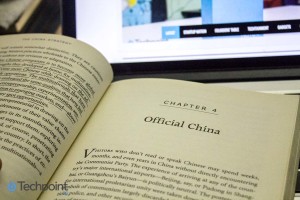 It is no news that China’s leadership is the Communist Party, the country’s leadership remains authoritarian but where economic freedom leads China’s government, political freedom follows.

The role of the Communist Party in government is intense and businesses venturing into the Chinese market need to understand the goals, motives and methods of China’s leaders to survive the market and business environment in China.

Corporate leaders need to figure out how the government’s outlook will translate into policy and attitudes within individual industries and sectors, with strong focus on the ones experiencing reform. – Edward Tse

Due to advancement in the fields of information, communications, transport, and other technologies, the political barriers to international trade and investment has been lowered making the world more interconnected.

In the last decade we have observed Chinese companies establishing their presence in African markets, providing cheaper alternatives to American and European products. As this trend continues, competition among value chains rather than just among companies will become increasingly important.

China’s relationship with the West and other countries will be very different because of their unprecedented integration in the global economy. The increase in research and development and further development of global value chains favours what might be called “one world companies” – Edward Tse

In conclusion, Edward thoroughly takes the reader through the steps required to develop a strong strategy for the Chinese market using Vision, Versatility and Vigilance as a guide at achieving a strong blueprint.

There are so many things to learn from the book ‘The China Strategy’. What I have done is give you a foundation to start the second half of the journey embedded in the book. No two economies can be the same but the lessons learnt from one can help the other.

Emmanuel Ogunsola
Lead Product Strategist at Techpoint.ng.
Chat me up about minimum viable products and you win me instantly. I also love the creative art and trying new stuffs is my thing.
Email: [email protected]
Source: https://techpoint.ng/2016/08/27/book-review-the-china-strategy-twbr/
This entry was posted in Book Reviews and tagged Edward Tse, Emmanuel Ogunsola, The China Strategy. Bookmark the permalink.