Hu Ping: How the Tiananmen Massacre Changed China, and the World

Posted on 03/17/2016 by editor | Hu Ping: How the Tiananmen Massacre Changed China, and the World已关闭评论 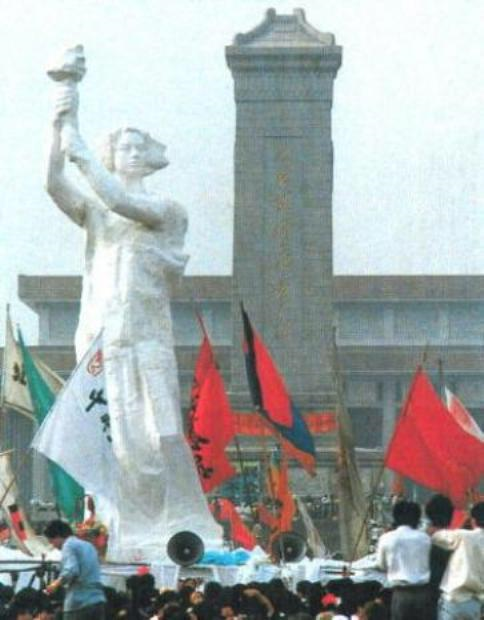 Revealed for the first time this year, this photo is from a personal collection. https://twitter.com/ZhouFengSuo/status/602473738148257794

“What we need to grasp is that the existence of a political system that is so perverse in its reason, and so unfair and unjust to its subjects, is an open taunt to the conscience and sense of justice of humanity. The international rise of that system, too, is perforce a threat to freedom and world peace.”

Twenty-six years ago in China, a peaceful civil movement of unprecedented proportions suddenly blossomed, demonstrating once and for all that democracy in China wasn’t the special province of a few dissidents, but the deepest wish of millions. But before long the movement was brutally crushed by the Chinese Communist Party’s hardline faction, headed by Party leader Deng Xiaoping. The violence drew international outcry and fractured the ruling regime at the apex of its power.

Then, within a year, Eastern Europe and then the Soviet Union underwent a massive shift, and the international communist camp crumbled. America became the sole superpower, and democracy saw its greatest victories. It seemed a matter of common sense to believe that China’s communist dictatorship would, too, soon fall apart.

But 26 years have passed, and the Chinese Communist Party has not collapsed. On the contrary, it’s become stronger than ever, and its rapid economic growth is widely acclaimed to be “the China miracle.” Perhaps more surprising, though, is the fact that along with its economic reform China has seen no reform, or even softening, of its political system. Furthermore, recent events have shown that the Communist Party has become even more dictatorial domestically, and has abandoned its dictum of “biding time” on the international stage and is instead openly throwing its weight around.

Meanwhile, it seems that Western democracies, including America, are encountering all manner of crises. The structure of international geopolitics seems to be shifting, and the so-called “China Model” appears to pose a major challenge to global democracy.

It’s in light of all this that we have to conclude that, 26 years ago, the June 4 Massacre not only changed China, but the world too.

The Tiananmen massacre did two things: it stunted China’s political reforms, and it put the country’s economic development on a deviant path. Public sentiment was so badly crushed during June 4 that the privatization agenda which soon came to China lacked even the most basic public participation or supervision, and devolved into a naked wealth grab by those with power. Officials mighty and small got involved in unrestrained asset stripping in the name of “reform,” turning what belonged to the commonweal into their own personal property.

Oddly, this cronyist privatization, while morally base and sordid, is probably one of the most effective and rapid means of transforming a state-run economy—for the simple fact that it avoids the fragmentation of capital that would have occurred in a truly public process. This, in turn, prevented an economic slowdown, and ensured growth—for a time.

On top of this, China was able to ride on the coattails of globalization, sucking in massive amounts of international capital, technology, and managerial know-how, while exploiting its ability to give the lowest possible wages and conditions to its workers. All this took place as the Party encouraged the masses to forget about politics and simply make as much money as possible, ensuring that the worst form of capitalist excess was delivered with the most competitive punch.

China’s economic development is indeed dazzling. But it has a fatal flaw: it lacks legitimacy. The Chinese Communist Party rose to power by lynching landlords and capitalists and dividing up the spoils, and now the Party itself has become China’s biggest landlord and capitalist. In the name of revolution, it took from the individual and gave to the so-called collective, and later, in the name of reform, it stole from the collective and lined the pockets of its own members.

It robbed in the name of revolution, and is now divvying up the loot in the name of reform. It’s remarkable that these two rotten things—each contradicting the other—were done by the same Party within a 60 year span. Has there ever been such shamelessness, such obscenity?

Even today, there are still some who believe that with further development, and the growth of a middle class, China will gradually evolve towards liberal democracy. This long-held narrative presupposes that China is on the right path now. But it isn’t. It isn’t, because of choices made through political expediency after the Tiananmen Massacre. Continuing down this crooked path is simply going to move China further away from democracy, and this has become plainly evident especially over the last couple of years since Xi Jinping took power. For 26 years, precisely because too many people have accepted the faulty premise of economic development inevitably leading to political reform, the proper and righteous resistance to the Party’s dictatorship has been forgotten. Instead, the world sits and watches, or even helps the hydra grow.

What we need to grasp is that the existence of a political system that is so perverse in its reason, and so unfair and unjust to its subjects, is an open taunt to the conscience and sense of justice of humanity. The international rise of that system, too, is perforce a threat to freedom and world peace. Waiting for history to do its work is merely postponing the time to make a stand, trying to avoid risk, or forcing the next generation to shoulder that burden. But as time marches on, resistance will become harder, the dangers will become even more acute, and when victory is won, it will be won with even greater difficulty and suffering. 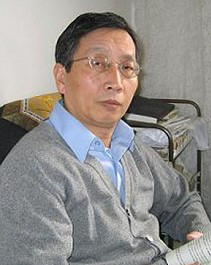 Hu Ping (胡平) is the chief editor of Beijing Spring, a long-running New York-based Chinese democracy magazine. Mr. Hu has been one of the best known Chinese liberal thinkers and commentators since early 1980s, and his essay On Freedom of Expression influenced many intellectuals and students in China in the 80s when he was a graduate student of philosophy at Peking University.