Lawyers Hit Out At Chinese Police Amid Rumors of Detainee Abuse 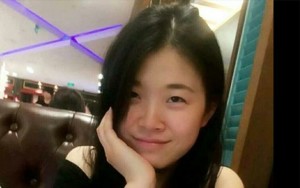 Amid unconfirmed reports that she has been sexually abused in detention, authorities are preventing a defense attorney from seeing a legal assistant jailed during last year’s nationwide police operation targeting human rights lawyers, RFA has learned.

Zhao Wei, also known by her nickname Kaola, was working as an assistant to top Beijing rights lawyer Li Heping at the time of her detention that started when several employees of the Fengrui law firm were detained on the night of July 9, 2015.

Zhao is being held in the police-run Tianjin No. 1 Detention Center on suspicion of “incitement to subvert state power.”

Lawyer Ren Quanping, who has been hired by Zhao’s family but has been denied official recognition as her attorney, told RFA he had only heard unconfirmed reports about his client’s treatment.

“I have been hearing reports from different sources that the detention center guards were heard boasting about how many female inmates they had ‘fun’ with,” Ren told RFA. “Zhao Wei’s name was mentioned.”

He said he plans to travel once more to the Tianjin detention center to request a meeting, which officials have already refused.

“We will request a meeting and see if we can confirm this story, and find out the truth,” Ren said.

But he added: “I have heard that detention centers are pretty messed up, and this sort of thing happens a lot … to varying degrees. It’s very widespread.”

Zhao’s husband You Minglei said he believes she has been mistreated to some degree while in detention, but he doesn’t know the circumstances.

“She has definitely suffered some form of physical humiliation, because she’s been in there for nearly a year now,” You said. “It’s hard to figure out when this happened, though.”

“I have seen rumors that she was raped on WeChat, but I can’t be sure that this happened, or how serious this physical humiliation was.”

“There is very little we can do right now. All we know is which detention center she’s in,” he said. “Neither the lawyer I hired, nor the one her mother hired, have been allowed in to meet with Zhao Wei.”

You said he plans to travel to Tianjin next week to try to find out more from detention center staff.

“I’m sorry, but I really have nothing to say,” Dong said, when asked to confirm online reports that Zhao had been subjected to sexual assault while in police custody.

Repeated calls to the Tianjin No. 1 Detention Center rang unanswered during office hours on Monday.

China has detained, questioned or otherwise placed restrictions on at least 319 lawyers, law firm staff, human right activists and family members since the July 9 crackdown began, according to a Hong Kong-based rights group.

At least 23 have been criminally detained or formally arrested on subversion, state security or public order charges, while others have been banned from leaving the country, or placed under house arrest or other forms of surveillance, the Chinese Human Rights Lawyers Concern Group said on its website.

Dozens of Chinese lawyers have issued a strongly worded attack on the ruling Chinese Communist Party for refusing to allow the detained lawyers access to attorneys hired by their families.

“They have no way of accessing normal legal assistance,” the statement said. “Whenever lawyers hired by their relatives present themselves at the detention centers in Tianjin and request a meeting with their clients, they are refused.”

Rights lawyer Yu Wensheng, who signed the statement, said there are “many rumors” circulating that the inmates arrested in the legal crackdown have been mistreated while they are being held in Tianjin’s No. 1 and No. 2 Detention Centers.

“We need to confirm these rumors, and to do that we have to allow these detained lawyers the legal assistance to which they are entitled,” he said. “That’s why we released this statement.”

Another lawyer who signed the statement, Liu Shuqing, said it is against the law for the authorities to allocate a defense lawyer when the family has already hired one.

“This is in breach of the Criminal Procedure Law, as well as basic principles of justice,” Liu said.

Reported by Xin Lin and Qiao Long for RFA’s Mandarin Service, and by Wong Si-lam for the Cantonese Service. Translated and written in English by Luisetta Mudie.