Amy Hawkins talks to the Chinese writer and exiled dissident about China’s one child policy, and how he still hopes to go home 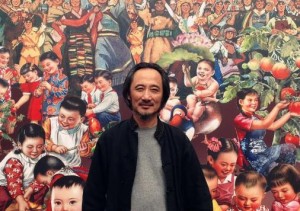 Ma Jian has not been allowed to return to China since 2011
“I write for the weak and vulnerable, those who have no voice in China,” says Ma Jian, speaking through an interpreter. This is what drives him to write. Considering that his work has been banned in China for the last 25 years, and he
himself has been banned for nearly three, it would seem safe to say that he is the one who has been silenced. However, he does not see it this way. Although an unpopular figure with the Chinese Communist Party, he continues to write prolifically, having recently published his sixth novel, The Dark Road.

“Government is temporary, literature is forever,” he tells me, drawing an analogy between his works and the historically banned Soviet literature that is now freely available to Russian citizens. One day, he hopes, his words will reach those who inspired them.

Born in 1953, his formative years were shaped by the brutal Cultural Revolution. After starting out adult life as a painter, he soon turned to the written word and in 1986 published his first novella, Stick Out Your Tongue.

The book was the first of many to be criticised and banned by the Communist Party, and coincided with a somewhat fortuitous move to Hong Kong. Although he returned to his home country multiple times each year after leaving, he was refused entry in the summer of 2011 and has not returned since.

Should the government suddenly democratise, he would be on a plane the next day. For now, he lives in London with his partner and translator Flora Drew and their four children, the youngest of whom have never met their extended Chinese family.

The relations will perhaps be most sorely missed today, on Chinese New Year. Families in China and around the world will be sitting down to celebrate together in the most Chinese of ways: through mountains of food. However, the archetypal Chinese family of yesteryear, of sprawling generations, aunts and cousins twice-removed, coming together for feasting and festivities, is no more.

China’s one child policy has, it is estimated, prevented over 200 million births since its introduction in 1979. Births are, as the Communist Party calls it, ‘averted’, by numerous methods: Ma cites figures suggesting that one billion women in China have been sterilised after the birth of their first child. There are also widespread reports of forced abortions, as late as nine months into pregnancy.

It is against this backdrop of persecution from family planning authorities that The Dark Road is set. It tells the story of Meili, a woman who goes on the run with her young daughter when she falls pregnant for the second time. The novel is interspersed with incidences of brutal treatment of women and fetuses, with the latter being trampled under foot at one point, and boiled into a soup for men at another.

“The one child policy has ruined the normal Chinese family situation…the mother loses her dignity. The government doesn’t respect women, it makes money out of their wombs,” says Ma, referring to the fines incurred for illegal children.

He compares the practice to foot binding, but believes that the state control of procreation is an even more vicious method of oppressing women: “Similar, but crueller.” China has the highest female suicide rate in the world, a fact Ma believes is not unrelated to the Chinese government’s disrespect for women.

“Civilization has to respect women and mothers. Nations that don’t won’t be strong.”

Moral concerns aside, can Ma really argue that China has not become a “strong” nation? The decades since 1979 have seen China enjoy an unprecedented level of economic growth and many observers have cited it as the world’s next superpower, a force for the West to reckon with. This has unsurprisingly led to an eagerness in the West to develop friendly trade relations in China, regardless of human rights concerns. Ma calls British politicians “opportunistic” in their attitude, and warns that “China is trying to give the West a Chinese lesson.”

Ma also fears the insidiousness of Chinese propaganda, and its reach into western media. Earlier this month, the Chinese tycoon Chen Guangbiao wrote in a publication linked to the Chinese Communist Party about his as yet unrealised aim to buy the New York Times, claiming he had already secured financial backing from a business partner in Hong Kong (it should be noted that the owners of the New York Times have declared it explicitly not for sale).

“I find Americans know little about a civilised and open China that has been enjoying unprecedented development… If we could purchase it, its tone might turn around,” Chen wrote. One imagines that Ma and Chen may not be the best companions for a New Year’s dinner.

Although Chinese moguls such as Chen are probably not who Ma has in mind when he writes, I wonder if it bothers him that the cultural exchange between the East and West is so artificially controlled. What should people in the West make of the fact that his books are banned in China, when they can freely read them here?

“When Westerners read Chinese books, they should be able to feel what China is really about. [They should] not think about the fact that [my] books are banned.

“If a book can be banned, it shows that any media coming from the country can be questioned.”

Indeed, Ma cites the Turkish Nobel Laureate Orhan Pamuk as one of his main influences, a man whose work is characterised by attempts to reconcile eastern and western values.

As the Year of the Horse (an animal said to represent the ideal Chinese ethos of unremitting self-improvement) is welcomed in, Ma does not give the impression of seeing China on such a fortuitous path. Rather, he continues to hope for change and write for millions of voiceless Chinese: “I write for the voice. The tragedy of people with no name and no voice.”