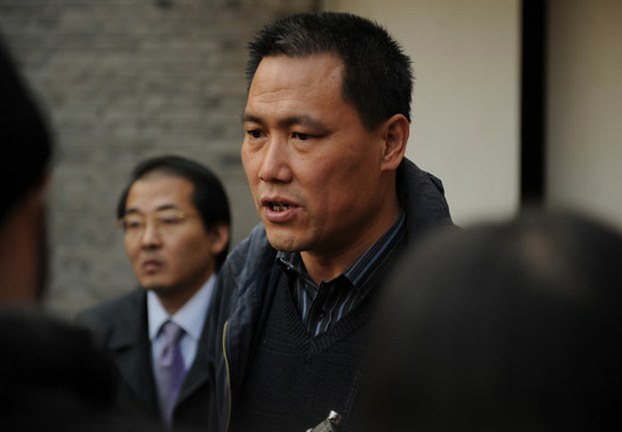 Three prominent critics of the ruling Chinese Communist Party have been prevented from leaving their homes by state security police in recent days, indicating that they are still living under considerable restriction on their freedom.

Bao said he was issued with a “counter-invitation” by state security police after being invited to a gathering of prominent intellectuals in the city.

“They told me I got an invitation from some people today, but that I wasn’t to go, and that they would take me to dinner instead,” Bao told RFA on Thursday.

“It wasn’t until I saw what Gao Yu wrote that I released,” Bao said. “It was people visiting town from a long way away who wanted to meet and chat for a while; a perfectly normal social interaction.”

“I don’t know why security has to be so tight … there are also good reasons for relaxing it,” he said. “My feeling is that they are seeing enemies behind every bush and tree.”

Among those invited to the dinner were Shandong-based writer Liu Yafei, Gao Yu, who is currently on medical parole from a five-year jail term, and prominent rights lawyer Pu Zhiqiang, who is under restrictions linked to a three-year suspended jail term handed down by a Beijing court last December.

Pu’s detention was linked to his marking of the 25th anniversary of a 1989 massacre of civilians that ended weeks of pro-democracy demonstrations on Beijing’s Tiananmen Square.

An unnamed source in Beijing said the authorities appeared to fear that the assembled group would be discussing the demise of the political magazine Yanhuang Chunqiu, whose reform-minded editors were recently ousted and replaced by a politically compliant team from its parent organization.

Mass antinuclear protests in the eastern port city of Lianyungang were also a likely “sensitive” topic, the source said.

But Du Guang, a former professor in the Chinese Communist Party School, said he had attended the dinner.

“It was just a few friends who were in town, and they wanted to get together,” the source said. “There was no ulterior motive here, and no conspiracy.”

“The state security police stopped Bao Tong from coming by taking him out to dinner,” Du said.

Du confirmed that the fate of Yanhuang Chunqiu was hotly debated at the dinner.

“Yanhuang Chunqiu is a pretty hot topic right now, so of course it was the main topic of conversation,” he said.

Supporters and editors of the Yanhuang Chunqiu have said they will continue to fight back in the face of the purge.

However, a court in the Chinese capital refused earlier this month to accept a lawsuit alleging breach of contract filed by the former editors of the cutting-edge political magazine Yanhuang Chunqiu against the National Academy of Arts that owns it.

Now, the magazine’s former editorial team are garnering widespread support for the publication from its editorial board, advisers and readership, while warning readers not to accept a “sanitized” version put out by the new editorial team.

A number of dissidents, including those detained in a nationwide crackdown on human rights lawyers that began on July 9, 2015, have recently faced police curbs on their liberty despite of being “released” from jail or detention, rights groups say.

Earlier this week, authorities in the central city of Zhenzhou released veteran activist Yu Shiwen following a jail term handed down after he also tried to commemorate the 1989 Tiananmen military crackdown along with a group of fellow activists.

Yu was detained on suspicion of “gathering a crowd to disrupt public order,” prompting calls for his release from rights groups, U.N. officials and U.S. lawmakers.

But he was released on Tuesday on parole and his status changed to “residential surveillance at home,” rather than being released unconditionally, the overseas-based Chinese Human Rights Defenders
(CHRD) group said in a statement on its website.

Yu’s wife Chen Wei, who was briefly held around the same time, said the case against Yu hasn’t been dropped.

“He won’t be giving any media interviews, and there are restrictions on which friends he can see,” Chen told RFA shortly after his return home. “There are people standing guard outside the door.”