SIMON WINCHESTER: Gathering Storm: A History of the Complicated U.S.-China Relationship Since 1776

Posted on 01/03/2017 by editor | SIMON WINCHESTER: Gathering Storm: A History of the Complicated U.S.-China Relationship Since 1776已关闭评论 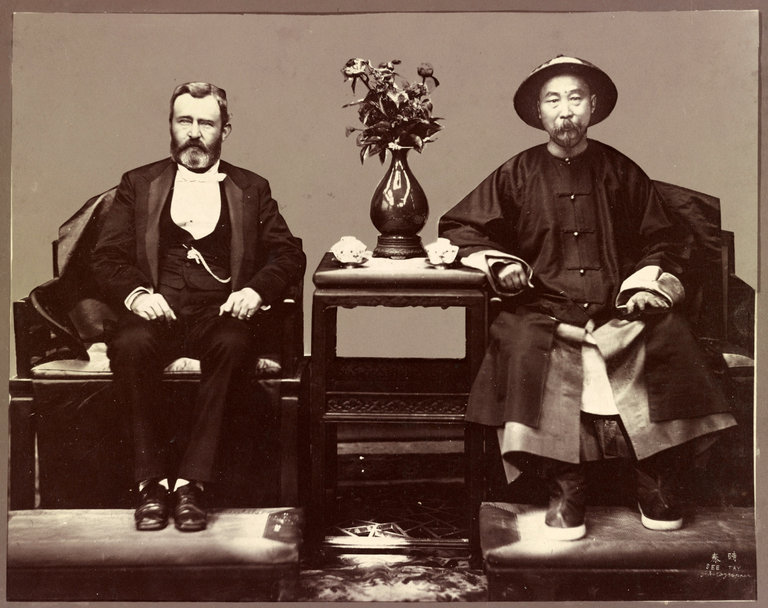 THE BEAUTIFUL COUNTRY AND THE MIDDLE KINGDOM
America and China, 1776 to the Present
By John Pomfret
Illustrated. 693 pp. Henry Holt & Company. $40.

Donald Trump (or his next secretary of state) would be well advised to read this timely and comprehensively informative book, since no foreign topic will engage the 45th president more acutely than the currently fast-fraying relationship between the United States and the People’s Republic of China. The coming trouble — if trouble it is to be — will be confusing, alarming, protracted and full of subtleties. This weighty history by a former foreign correspondent for The Washington Post, while not offering itself as a vade mecum for dealing with the slow-gathering storm, provides an exhaustive collection of names, dates and historical markers to show just how we reached this place, the jumping-off point for the coming decades of what men of menace like to term “interesting times.”

The underlying thesis of Pomfret’s account is quite simple: that the United States and China are locked “in an entangling embrace that neither can quit” and that this mutual dependence is “vital to the fate of the world.” The embrace’s entanglement is demonstrated by way of all too many examples — from the mid-19th-century American envoy Anson Burlingame to World War II’s Gen. Joseph Stilwell, from Pearl Buck to Henry Luce, Henry Kissinger to the American table tennis team, Richard Nixon to the accused spy Wen Ho Lee. It is shown to be an acquaintanceship of bewildering complexity and capriciousness, with periods of adoration interrupted by decades of suspicion, loathing and fear.

What only Chinese writers seem properly to comprehend — and which goes largely unmentioned here — is the inherent imbalance of the relationship: that while America has been intimately involved with China for the entirety of this country’s independent existence, China’s roughly 250-year awareness of America amounts (once you recall that a sovereign Chinese state has been around for thousands of years) to a paltry few percent of China’s own time on the planet. Simple arithmetic alone, then, gives China ample reason to feel a sense of haughty condescension toward the new-made state on the far side of the Pacific. Time and again, through periods both good and bad, a patronizing tone reveals itself: America is a barbarian nation, crude in its ways and shortsighted in its thinking, unable by its own immaturity to deal properly and fully with the wisest, most ancient nation ever known.

Whenever a volume like Pomfret’s thuds onto my study table, I flip to the bibliography to look for a citation of one Western book that I have long thought properly explores this deeply contextual aspect of Chinese thinking: Alain Peyrefitte’s “The Immobile Empire,” first published in Paris in 1989. That it does not appear on Pomfret’s reading list is, I think, instructive, since Peyrefitte offers a perspective on China that might have made Pomfret’s very good and important book even more valuable.

Peyrefitte, a writer who was then researching much the same East-West relationship as Pomfret (though focused on the end of the 18th century and in connection with Britain alone), was granted unprecedented access to the imperial archives in Beijing. There he found a trove of private papers from the Emperor Qianlong, and within these files discovered notations in vermilion ink that had been written by no less than the Son of Heaven himself.

With remarkable candor, the emperor showed just what he thought of the noblemen George III had sent out to China in hopes of spawning a friendship between what were then, at least in Britain’s eyes, the world’s two greatest nations. And it is clear the emperor thought precious little of them. His notes displayed a brutal condescension toward the visitors and an absolute, unwavering certainty of the superiority of Chinese civilization. What policy makers in America now need to grasp — and what isn’t fully illustrated in this new book — is that little has changed today. There remains a deep-seated disdain among all too many Chinese toward upstart Westerners who crave the approval and affection of today’s rulers of the People’s Republic.

Full acceptance that the relationship between China and America is now “vital to the fate of the world” has come rather late to Washington. Only during Barack Obama’s presidency has it seemed necessary to begin to tilt, or to pivot, or to rebalance, toward the Pacific (the semantic uncertainty mirroring the hesitancy of the policy). And yet even now the policy still hasn’t properly taken root: The distractions posed by the imbroglio in the Middle East have directed all too much muscle, money and mind away from what, in global terms, truly matters. Which is why it is so important for the next administration to become fully aware of what Washington faces from Beijing, since time is now running rather short.

That’s because the two and a half centuries of entanglement between America and China are about to reach their denouement. By 2049, a crucially symbolic date on the Chinese calendar that marks the centenary of the founding of the People’s Republic, Beijing intends two things: to have recovered in full all the territory it lost during the long centuries of what it considers insulting foreign interference and to assert itself in and across the Pacific Ocean to the precise degree its duty and destiny now demand.

Both aims are well on their way to realization. Almost all territory once held by foreigners is now back in the fold: after Ports Arthur and Edward, after Manchuria, after Shandong and Hainan, after Hong Kong and Macau, all that remains outside is the great island of Taiwan. And so far as the Pacific more generally is concerned, the South China Sea is now close to being under Chinese control. The three so-called “island chains” that serve to protect China’s eastern shores, which extend, in some interpretations, as far out as Hawaii, will soon be dominated by an ever-enlarging Chinese Navy, shortly to be bigger and more powerful than anything the United States may be able to muster or afford.

Beijing’s intentions are certain to collide with what Washington has regarded as its own regional obligations. To avoid conflict, the diplomatic demands on both countries will be prodigious — so any knowledge gained during the past two and a half centuries by both sides, by the “beautiful country” and the Middle Kingdom, will be key factors in securing and maintaining an equitable peace.

Pomfret has more than adequately told the story of the last quarter-millennium’s acquaintanceship from America’s standpoint. What we need now is to know just how the “entangling embrace” is regarded by China — whether the high panjandrums of today’s China still echo old Qianlong’s vermilion-brushed distemper and scorn. I rather suspect they do, but until we know for sure, we will have to be content with a history that tells us only half the story. And all the while the clock is ticking down to 2049.