Beginning with the question, ‘what and when is modern China?’, The Oxford Illustrated History of Modern China, edited by Jeffrey N. Wasserstrom, offers an overview of modern Chinese history, from its origins to the present-day. This is a beautifully illustrated, accessible and scholarly work that will serve as an excellent introduction to the country to researchers, students and the general public alike, writes Tim Chamberlain.

If you are interested in this book review, you may also like to listen to a podcast recording of LSE lecture, ‘The History of China’s Future’, featuring Professor Wasserstrom and LSE Professor Leigh Jenco, recorded on 26 May 2016. 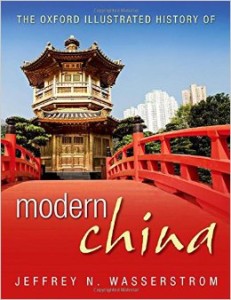 An old adage says you should never judge a book by its cover. At first glance The Oxford Illustrated History of Modern China looks like a glossy coffee-table book, but its colourful exterior belies an accessible yet scholarly work within. Edited by Jeffrey N. Wasserstrom, the book consists of eleven chapters and a final coda, each written by a leading China specialist. Many of these names – including Robert Bickers, Rana Mitter, Stephen R. Platt, Kate Merkel-Hess and Ian Johnson – will be familiar to anyone with an interest in the field. And, as the title suggests, each chapter is beautifully illustrated with large format colour photographs as well as explanatory maps and charts that ably compliment the text.

The book begins with the dual question – what and when is modern China? Wasserstrom’s introduction confronts this challenge from the standpoint of the present looking back, contextualising the popular perception of China as a present-day global power while asking where we should commence a history of modern China. This is an interesting question to consider given the oft-quoted notion that China is a nation founded on 5,000 years of unbroken civilisation. As Wasserstrom points out, for the China specialist ideas regarding the size and longevity of China’s ‘civilisation’ are both a blessing and a curse: a blessing because China’s long history more than amply justifies the historian’s interest, yet also a curse as a number of preconceptions need to be tackled.

As anyone who studies China discovers, China has constantly changed, continually renewing and remoulding itself. Wasserstrom’s introduction succinctly sketches an overview of China’s early history to the peak years of the Ming era, where this particular history properly begins. The late Ming era is the point at which some of the ‘key symbols of China’s “five thousand years of civilization” came into existence or at least took their most familiar form’ (5, italics in original). The first chapter, by Anne Gerritsen, examines this idea in greater detail. She focuses on the ‘Late Ming to High Qing, 1550-1792’, covering a vast range of themes including social and cultural life; women and gender; art and material culture; and religion and politics. She also focuses on the reign of three key Qing Dynasty emperors who together, it could be said, constitute the last great period during which China flourished. 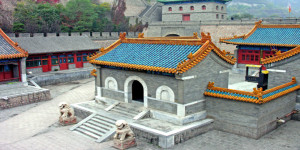 The waning glory of the Qing era – when the ruling dynasty had to contend with alarmingly widespread and protracted domestic unrest – coincided with increased contact with the wider world. Stephen R. Platt takes up this theme in ‘New Domestic and Global Challenges, 1792-1860’. This was a period of great instability: factions jockeyed for power within the Qing Court, whilst a disaffected population came to view their Manchu rulers as increasingly decadent and corrupt. Thus began a protracted decline that signalled the Qing had lost the ‘mandate of heaven’, which became manifestly apparent in the social and political challenges to its rule posed by the White Lotus and Taiping Uprisings. The latter, though far less widely known today, was contemporary to the American Civil War and claimed many more lives.

Notably, this is also the period during which Western imperialist nations began to make increasingly insistent diplomatic overtures to the Chinese Court, seeking to establish nation-to-nation accords with regard to rights of trade and commerce. Britain’s Lord Macartney led the first of several less than satisfactory embassies in 1792. Cultural arrogance and misunderstandings on both sides eventually led to the confrontations now referred to as the Opium Wars of 1839-42 and 1858-60. The subsequent ‘unequal treaties’ imposed upon China as a result of these two military defeats ushered in a new era characterised by incursions upon China’s sovereignty by Western and Japanese imperialists, effectively forcing China into a semi-colonised situation. This period, which in a sense helped to prolong as much as prompt the final demise of the Qing, is examined by Robert Bickers.

Ultimately, the need to contend with the increasingly direct influence of the Western Powers within China’s borders was a challenge which the Qing Court could not meet. Peter Zarrow analyses the processes that led to the 1911 revolution. China’s emerging perception of itself as part of a wider community of modern nation-states is addressed by James Carter in ‘The Rise of Nationalism and Revolutionary Parties, 1919-1937’. Yet this too was a period in which, whilst trying to contend with instability within, China was confronted by a greater threat from without. Chapter Six examines ‘The War Years, 1937-1949’; here, Rana Mitter outlines how Japanese military incursions escalated such that China became a major battleground of the Second World War, forcing the competing factions of China’s Nationalist (KMT) and Communist (CCP) parties into a precarious temporary alliance. The protracted civil war that threatened to undermine the struggle against Japanese aggression was finally concluded by a Communist victory in 1949, ensuing China’s second revolution, which culminated in the founding of the present-day People’s Republic.

Chapters Seven and Eight, respectively by S. A. Smith and Richard Curt Kraus, examine the social complexities of the political and economic remodelling of China that affected every strata of Chinese society, not least during the turmoil of the Cultural Revolution (1966-76). The latter parts of the book are dominated by the figures of Mao Zedong and Deng Xiaoping. Chapters Nine and Ten, authored by Timothy Cheek and by Jeffrey Wasserstom and Kate Merkel-Hess, examine the post-Mao reform era which led to the 1989 Tiananmen protests. These two, as well as the last, ‘China Rising, 2000-2010’ by William A. Callahan, persuasively demonstrate that the notion of an unchanging China results from a continuity which is in fact born of constant change and renewal. Over the decades, the authoritarian personality cults of Mao and Deng have been reshaped by the CCP, enabling it to cling to power whilst effecting a paradoxical shift to an ostensibly Marxist-Leninist state financed by an increasingly capitalist economy. This overview is neatly summarised by Ian Johnson’s very personal coda, ‘The Presence of the Past’. Johnson demonstrates how China is a nation and people constantly engaged in challenging their own history. Hence the book traces an arc from the cultural and economic high points of the Ming and Qing dynasties, through the lows of the so-called ‘Century of National Humiliation’ and the ideological struggles of the Mao era, to the high point of China’s economic resurgence today.

Focusing predominantly on the political and economic aspects of China’s history and thereby contextualising its present place in the globalised community of nations, this book forms an excellent introduction to the history of modern China for the general reader and student alike. It will sit well on undergraduate and master’s degree reading lists as it is furnished with comprehensive chapter-by-chapter ‘further reading’ lists, a timeline of modern Chinese political history as well as a detailed index. The illustrations are excellent and help to bring the text to life with further colour (in both senses of the word) and detail. My only quibble – and it is a very minor one – is that there is an inconsistency of presentation with some authors choosing to break their chapters up with subheadings, whilst others present a single unbroken text. Nonetheless, The Oxford Illustrated History of China is a highly accessible and admirably comprehensive work that covers a lot of ground without stinting on detail; as such, I am sure it will prove popular with students and the general public alike.

Tim Chamberlain gained a BSc in Anthropology from the University of East London, and an MA in World History from Birkbeck College, University of London, where he is currently undertaking a PhD looking at Western travellers in East Tibet during the early 20th century, exploring themes of science and empire. He is also a project coordinator for international touring exhibitions at the British Museum. He tweets at @waymarksblog. Read more by Tim Chamberlain.

Note: This review gives the views of the author, and not the position of the LSE Review of Books blog, or of the London School of Economics.