Book Editor Says His Firing Was Linked to Tiananmen Gathering 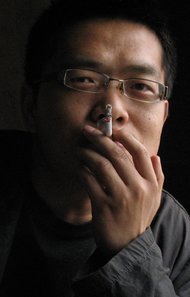 Li Xuewen, an essayist and playwright in Beijing, has been fired from his job as a book editor in what he said was retribution for attending a private event in May marking the 25th anniversary of the military suppression of the Tiananmen Square protests.

Mr. Li, 37, a senior editor at the state-owned Lijiang Publishing House, said he was abruptly let go on Tuesday.

In a telephone interview Tuesday evening, Mr. Li said his boss had come under pressure from security agents in the two months since a group of intellectuals and rights advocates gathered at an apartment in Beijing to discuss the 1989 crackdown, in which hundreds, possibly thousands, of civilians were killed. A photograph of the seminar’s participants was posted on the Internet, drawing the attention of the authorities at a time when the Chinese government was anxious to tamp down any commemoration or public discussion of the politically sensitive anniversary.

In the days following the May 3 meeting, the police detained five of the attendees. One of them, Pu Zhiqiang, a prominent rights lawyer, was subsequently charged with “picking quarrels and provoking troubles,” as well as with illegally gathering personal information. His niece Qu Zhenhong, a fellow lawyer, also remains in police custody, but the others have since been released.