Literary Activism: is poetry the strongest form of protest?

Posted on 07/16/2014 by editor | Literary Activism: is poetry the strongest form of protest?已关闭评论 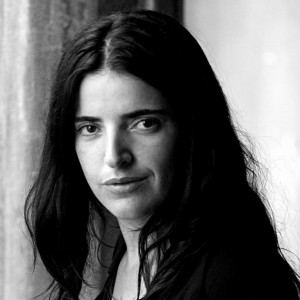 Poets from around the globe share their views and personal experiences as part of the Poetry International Festival at London’s Southbank Centre.

Bejan Matur (pictured) is a Turkish poet, author and journalist of Kurdish heritage. Whilst reading law at Ankara University, she was arrested and imprisoned under false political charges. She has since published several collections of poetry to critical acclaim both at home in Turkey and internationally, and her work has been translated into 24 languages. Since 2005, Matur has worked as a journalist covering a number of issues surrounding women’s rights, Kurdish politics, Armenian news and culture, and prison literature. Matur was director of Diyarbakir Cultural Art Foundation where she conducted social projects working with displaced women and children.

Serhiy Zhadan is a poet, novelist, musician and activist. A celebrated voice both in his native Ukraine and across Germany and Russia, his assault during protests in Ukraine earlier in 2014 sparked global outrage. Zhadan’s poetry and novels explore and challenge national and individual identity in the post-Soviet era. Zhadan is the frontman of a popular ska band, Dogs in Space.

Kutti Revathi is a Chennai-based Tamil poet with three poetry collections already published. She is editor of the first Tamil feminist magazine, a literary quarterly for women’s writing entitled Panikkudam. Having gained her Bachelors in Siddha medicine and surgery, she is currently studying for a PHD in medical anthropology at the Madras Institute of Development Studies. Revathi was awarded the Sigaram 15: Faces of Future award for literature from India Today, and in 2005 was awarded a travel grant by India’s National Academy of Letters, Sahitya Akademi, to meet literary pioneers from across the country.

Mohammed ‘Deeb’ El Deeb is an Egyptian hip-hop artist who sings and raps in Arabic and English. Having grown up around the Gulf and in Europe, Deeb was part of two music groups, Asfalt and then Wighit Nazar, before embarking upon a solo career in 2010. His song ‘Masrah Deeb’ became a powerful anthem of the 2011 uprising on Tahrir Square in Egypt, a protest he was among the first to get involved. He has given talks for audiences around the world, and was a guest speaker in Intelligence Squared’s panel debate on the social value of hip-hop culture.

Harriett Gilbert is the presenter of The World Book Club on the BBC World Service and A Good Read on BBC Radio 4. Until 2008, she was also the programme director of the MA in Creative writing (novels) at City University, London and in 2011 she was a judge for the Independent Foreign Fiction Prize.