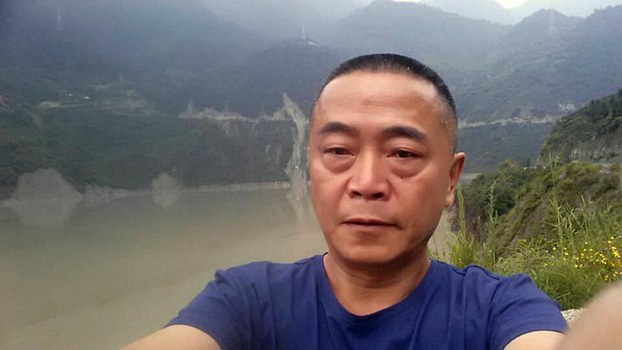 Nearly 40 journalists are currently behind bars amid an ongoing crackdown by the ruling Chinese Communist Party on the media this year, according to a new report from a U.S.-based press freedom group.The New York-based Committee to Protect Journalists (CPJ) identified at least 38 journalists, including citizen journalists and bloggers, currently in some form of detention.

While the figure compares with a total of 45 last year, the slight decrease shouldn’t be taken to mean that press freedom in China is improving, the group said.

“On the contrary, China has cracked down on human rights news websites, banned original reporting on the internet, prevented journalists from traveling, and tightened its grip on Hong Kong media,” CPJ researcher Wang Yaqiu wrote in a blog post analyzing the results.

Wang said there may be many more Chinese journalists being held whose cases haven’t come to light.

“The citizenry is increasingly reluctant to speak to foreign media or advocacy groups about politically sensitive matters,” she said.

China has been among the top three jailers of journalists worldwide for the past decade, according to CPJ’s research.

The group also listed bloggers Li Tingyu and Lu Yuyu, who researched and compiled reports of popular protests across the country, and Hubei-based Liu Feiyue, who founded the Civil Rights and Livelihood Watch website.

Hebei-based veteran journalist Zhu Xinxin said he believes the crackdown on any kind of independent journalism will continue indefinitely.

“I think that the situation will continue to worsen, because the sense of crisis will just get worse under this dictatorial system,” Zhu said.

“[Censorship] is getting crazier every day, because anything that opens up a space for freedom of the press, or of public expression, constitutes a threat to them,” he said.

Zhu said he has been repeatedly targeted by the authorities in recent years.

“I have been taken on forced vacations, and they have placed me under surveillance,” Zhu said. “I have also been beaten up and injured by [government-backed] thugs.”

A second journalist who gave only his surname He said he sees no easing up in policy under the administration of President Xi Jinping.

“This isn’t going to change,” He said. “They say one thing, and they do another, and that isn’t likely to change.”

“I am still going to keep writing and speaking out, but I am still a bit worried,” he said. “All I can do is watch my back a bit more.”

Tianwang founder Huang Qi, who was detained on Nov. 28, has yet to be formally charged. However, his  mother Pu Wenqing has been incommunicado since being taken away by police who searched Huang’s home at the time of his detention.

Huang’s supporters told RFA on Wednesday they had found a letter requesting them to instruct lawyer Li Jinglin of the Beijing-based Xinqiao law firm “in the event of my losing my liberty.”

“I, Huang Qi, would like to instruct lawyer Li Jinglin of the Xinqiao law firm in Beijing to make representations to the relevant authorities in the event of my losing my liberty for any reason,” the letter said.

“I would also like to instruct him to give me legal advice, and to act in my defense,” it said.

Li told RFA on Thursday he hasn’t seen the letter.

“If there is no expiry date on the letter, then it doesn’t expire,” he said. “I can accept this instruction, but I think that the toughest part of this case is going to be the fact that we don’t know where he is.”

“After that, there is the likelihood that, even when we find him, that they won’t let him meet with a lawyer,” he said.

Many rights activists and lawyers detained since a nationwide crackdown began in July 2015 have been held incommunicado in unknown locations and denied access to family visits or lawyers.

Liu Feiyue is reportedly under criminal detention on suspicion of “subversion of state power” after police in Hubei took him into custody on Nov. 17.

Huang, 51, founded Tianwang in 1998 with his then wife Zeng Li to help people locate loved ones missing in the 1989 crackdown on the student-led democracy movement.

However, the website soon started covering protests, petitions, and the detention of activists, petitioners and journalists, relying on a nationwide network of citizen journalists and volunteers.