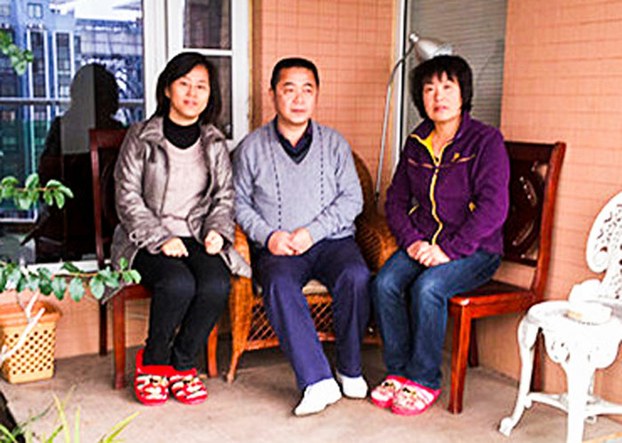 Authorities in the northeastern Chinese province of Jilin have jailed a citizen journalist for nearly five years on public order charges after she reported on the self-immolation of a petitioner on Beijing’s Tiananmen Square, her lawyer said on Monday.

Wang Jing was initially detained in March 2014 by Beijing police after she posted reports and photos of a self-immolation protest on the first day of China’s annual meeting of the National People’s Congress (NPC).

While the judges ruled that there was insufficient evidence to convict her at her July trial, they stopped short of finding her not guilty,

According to the indictment issued by the Chuanying District People’s Procuratorate, Wang was accused of filing reports to the Sichuan-based rights website Tianwang, as well as photos on Tencent Weibo and overseas websites after she witnessed a self-immolation protest on Beijing’s Tiananmen Square on March 5, 2014.

Wang was also accused of giving phone interviews to a number of overseas media, including Boxun and Radio France International, which were picked up by “more than 70” news organizations, the prosecution said.

According to the indictment, Wang’s reporting had “caused trouble in cyberspace, attracting the attention of other Internet users and inciting them to an angry mood, and causing serious disruption to public order.”

Wang pleaded not guilty to the charges, which Li said were based on tenuous evidence.

“There is no way we can be sure [those reports] were sent by Wang Jing, and such content doesn’t constitute a crime under Chinese law anyway,” Li said following Wang’s April 20 trial.

“I argued in court that … even if Wang did send those items, if they were posted on overseas websites, then surely they would have disturbed public order in the countries where they were posted?”

“We’re not the policemen of the Pacific Ocean, that we have jurisdiction over its farthest shores, I told them.”

Wang’s trial came as President Xi Jinping told local governments that they should do more to help petitioners — ordinary people with long-running grievances against the ruling Chinese Communist Party.

But it also comes as the government seeks to limit the damage done by revelations in the Panama Papers leak, which revealed details of the offshore holdings of some relatives of high-ranking Chinese officials.

Wang had a long history of helping petitioners defend their rights and expose official corruption, according to Tianwang website founder Huang Qi,

“Their main aim here is to suppress and crack down on citizen journalists, who are at the front line of activism and the civil rights movement in China,” Huang said.

“They also want to stop even more people getting involved in exposing official corruption and the movement of officials’ wealth [offshore],” he added. “They want to prevent any of the fallout from the Panama Papers from reaching mainland China.”

Someone behind the scenes

“There is someone operating behind the scenes of this judgment,” Huang said, adding that there are currently 12 Tianwang citizen journalists in detention, with a four more out on bail. “The Chinese government should release Wang Jing and all the other citizen journalists immediately,” he said. “Any suppression merely results in unwavering calls for freedom of the press from the general public.”

Wang was present on March 5, 2014 when a woman set fire to herself in Beijing’s Tiananmen Square on the opening day of the NPC.

Wang told RFA at the time that she saw police and a water truck rush in to extinguish the flames on the woman, sending a plume of smoke into the sky near Tiananmen Gate on the north side of the square.

She said police snatched her cell phone after she began recording video on it. Other eyewitnesses said that the person covered in foam was a woman in her forties, and that a group of police officers had appeared very soon after she caught fire and put out the blaze, before taking the woman away.

The fate of the woman remains unknown, and Wang was detained soon after the incident.

Wang’s lawyers have previously told RFA she has been repeatedly tortured while in detention, causing her existing medical problems to worsen sharply. Her relatives have also expressed concern for her health.

The ruling Chinese Communist Party has passed a number of restrictive security laws in recent months that further limit freedom of expression in the name of protecting “national security,” Amnesty International said in its annual human rights report in February.

A proposed Foreign NGO Management Law, if enacted in the form presented for public consultation in May, would “severely restrict the rights to freedom of association, peaceful assembly and expression,”the group said in its State of the World 2015 report.