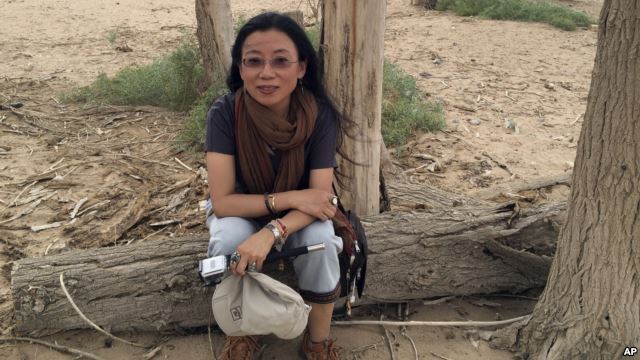 She also tweeted a message to the foundation notifying the group of their house arrest.

AHF made no response to VOA’s interview request by the deadline of filing the story.

Woeser, who has been recognized for speaking out publicly about human rights conditions for China’s Tibetan citizens, is regularly under state surveillance and placed under house arrest by Beijing. In 2013, she was denied a passport after planning to travel to the United States to receive a State Department “Women of Courage” award to mark International Women’s Day.

Woeser and her husband rank among China’s best-known thinkers on Beijing’s policies regarding ethnic minorities.

This report was produced in collaboration with VOA’s Mandarin service.