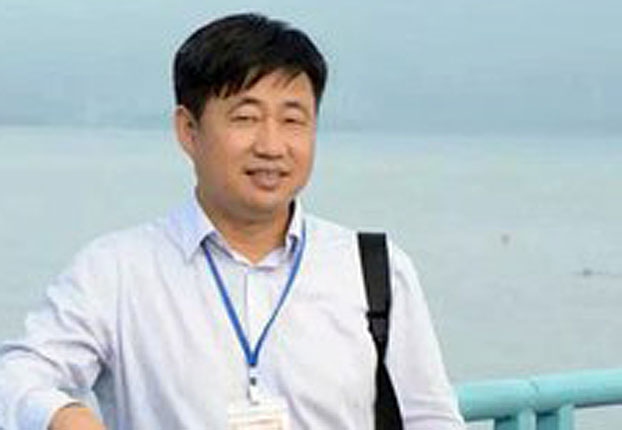 The family of a Chinese attorney detained during a recent nationwide crackdown on human rights lawyers has accused the authorities of allowing his torture in detention.

Chen Guiqiu, wife of detained rights lawyer Xie Yang, has said she has good reason to believe that he is being mistreated at the police-run Changsha No. 2 Detention Center in the central province of Hunan.

Xie was initially detained on July 11, 2015, while on a trip to Huaihua in the central province of Hunan and later placed under “residential surveillance at a designated place.”

Under recent changes in the law, such detainees may be held in secret with no access to lawyers or relatives, if the charges relate to matters of national security.

Like many other lawyers and activists detained in the same crackdown, Xie has been denied meetings with lawyers or relatives since his incarceration.

“It seems obvious that you are preventing Xie Yang from meeting with his lawyers because you want to keep him incommunicado so that you can force a confession out of him,” Chen wrote in an open letter to the authorities dated Aug. 12.

“You are also afraid that your brutal actions will be exposed, and you are probably also getting ready to try him in secret,” the letter said.

News of the torture, which is believed to have occurred a year ago, leaked out during meetings between one of Xie’s defense team and the authorities, according to defense lawyer Lin Qilei.

“This news came out when another attorney was trying to arrange to visit Xie,” Lin said. “That’s when we got the information about the torture and his being locked up alongside death row inmates.”

He has also been locked up alongside inmates awaiting execution, the family said.

Xie’s defense attorney Zhang Chongshi told RFA that the detention center had ignored repeated requests from lawyers for a meeting with their client.

“We are still unable to meet with him,” Zhang said. “They say that state prosecutors are still interviewing him, and that there is a clash with the requirement that requests from lawyers for meetings be granted within 48 hours.”

He said Xie’s defense team will continue to press for a meeting with him, however.

“We will be pushing for a meeting, and also pushing to view the evidence amassed by the prosecution,” Zhang said.

Xie now faces charges of “incitement to subvert state power,” and his case has been handed over to the state prosecutor’s office, paving the way for a trial.

However, his wife rejected the charges.

“Not one of us believes that Xie Yang could possibly have committed these crimes,” Chen wrote in the open letter.

Earlier this month, authorities in Tianjin put on trial four rights lawyers on subversion-related charges after denying them access to lawyers or visits from friends or family for more than a year.

Some were bailed or handed suspended sentences after they produced videotaped “confessions” which activists said were heavily scripted.

Thirteen lawyers and rights defenders remain behind bars in Tianjin and look set to be dealt with similarly, rights groups said.

Police have detained, interrogated, or threatened more than 300 human rights lawyers and activists since the crackdown began with the detention of prominent Beijing Fengrui lawyer Wang Yu and colleagues on the night of July 9, 2015.

Many family members of those detained now also face surveillance, house arrest, or bans on leaving the country.

On Tuesday, the wife of detained lawyer Wang Quanzhang, Li Wenzu, was followed by three men and forcibly taken to the police station, where she was held for most of the day

“I left home at 10 am and found I was tailed by three security people as soon as I left my residential building. I tried to get rid of them by taking the metro train but they dragged me back and did not let me take the subway. They surrounded me so I had no choice but to give up on the metro,” Li told RFA.

“I was sitting at a bus station waiting for my friend, when a police officer came up to me and wanted to take me to nearby police station. I asked why, and at this moment a security guy acted very rude and he grabbed my bag and pushed me. And later he even accused me of attacking him,” she said.

Wang Quanzhang’s attorney, Yu Wensheng, told RFA that he had submitted required documents for Wang’s defense to the prosecutor, and will soon go to Tianjin to ask to meet his client.

Reported by Ha Si-man and Ho Shan for RFA’s Cantonese Service, and by Xin Lin and Yang Fan for the Mandarin Service. Translated and written in English by Luisetta Mudie.