Posted on 11/14/2014 by editor | Day of the Imprisoned Writer: PEN International calls on governments to free unjustly imprisoned writers已关闭评论 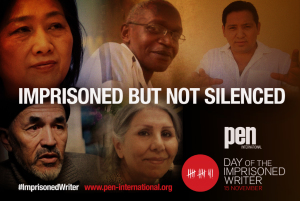 On 15 November, PEN International, the worldwide association of writers, will mark the 33rd anniversary of the annual Day of the Imprisoned Writer, an international day that recognises writers who have suffered persecution as a result of exercising their right to freedom of expression.

Each year PEN Centres and members worldwide commemorate the Day of the Imprisoned Writer to raise awareness of the unjust imprisonment and other forms of attack against writers around the globe, to remember those who have been killed, and stand in solidarity with imprisoned and threatened colleagues.

‘November 15 is a day of action and acknowledgement,’ said Marian Botsford Fraser, Chair of PEN International’s Writers in Prison Committee. ‘It is PEN’s way of saying to all of our 900 imprisoned, harassed, murdered and disappeared writers: you are not silenced. You are not forgotten. We stand with you and fight for you.’

In order to demonstrate how freedom of expression is being curtailed, each year PEN’s Writers in Prison Committee highlight five cases of writers currently in prison or being prosecuted from around the world that are emblematic of the type of threats and attacks faced by writers and journalists.

This year PEN is highlighting the cases of five writers from Cameroon, China, Iran, Kyrgyzstan, and Paraguay and calls for their immediate and unconditional release and for the charges against them to be dropped, along with all other writers similarly threatened. On 15 November, and the days surrounding, PEN Members will be sending appeal letters, raising publicity and staging events in support of their colleagues under attacks around the globe.

This year PEN International is advocating on behalf of the following writers: 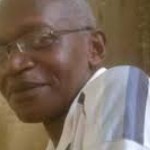 Cameroon – Dieudonné Enoh Meyomesse poet, currently serving a seven-year prison sentence. PEN believes that the charges against Meyomesse are politically motivated. He is in poor health. 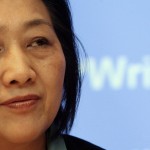 hina – Gao Yu: journalist and member of the Independent Chinese PEN Center, she was arrested on 23 April 2014. She remains detained pending trial, and faces a lengthy prison sentence if convicted. 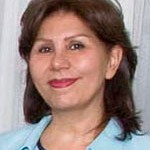 Mahvash Sabet: teacher and poet, is currently serving a 20-year prison sentence. She has been detained since 2008 for her faith and activities related to running the affairs of the Bahá’í religious minority in Iran. 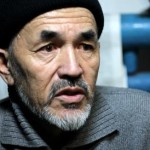 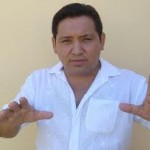 Paraguay – Nelson Aguilera: writer, teacher and member of PEN Paraguay, he was sentenced to 30 months in prison on 4 November 2014 for allegedly plagiarising a novel. Although not currently in prison as his appeal is pending, PEN is highlighting his case in an attempt to keep him at liberty.

In the lead up to the Day of the Imprisoned Writer, renowned writers Alain Mabanckou, Alberto Manguel, Yann Martell, Elif Shafak and Luisa Valenzuela have all sent messages of solidarity to these five writers.

‘I can’t offer you anything in your cell except my devotion as your reader, my trust in better times, and my distant but sincere friendship. I hope that in the very near future we will meet in person, not only on the page’

Extract from a letter to Mahvash Sabet, from Alberto Manguel for the Day of the Imprisoned Writer.