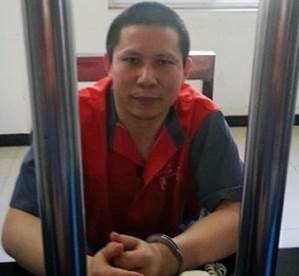 Independent Chinese PEN Center (ICPC) protests in the strongest terms against sentencing Mr. Xu Zhiyong, its honorable member and Lin Zhao Memorial Award Laureate for 2013, and the initiator of New Citizens’ Movement, to four years imprisonment for “gathering crowds to disrupt public order” announced today by the First People’s Intermediate Court of Beijing. ICPC believes that this verdict, based solely on accounting six small-scale New Citizens’ Movement’s street demonstration and protest activities as being organized, planned and incited by Xu Zhiyong, has completely violated the basic human rights to the freedom of speech, of the press, of assembly, of association, of procession and of demonstration, guaranteed to citizens by Article 35 of China’s Constitution and by the International Covenant on Civil and Political Rights (ICCPR) which China signed in 1998, and is simply another serious political and judicial persecution in reality. ICPC therefore calls on organizations in China and abroad to urge the Chinese authorities to rectify as soon as possible this miscarriage of justice, and release immediately and unconditionally Mr. Xu Zhiyong and all of those imprisoned for peaceful exercises of their civil rights.

Xu Zhiyong, aged 40, is a lecturer at Beijing University of Posts and Telecommunications, who was elected to the Haidian District People’s Congress of Beijing consecutively in 2003 and 2006. In May 2003, Xu Zhiyong was one of the “Three Doctors of Law”, together with Yu Jiang and Teng Biao, who appealed to the National People’s Congress about unconstitutional detentions of internal migrants in the widely known Event of Sun Zhigang, a university graduate who had been detained for carrying no ID of temporary living permit, and then brutally beaten to death at a Guangzhou Asylum Centre, eventually leading to the abolishment of the infamous Custody and Repatriation system. In the same year, Xu Zhiyong, together with Teng Biao, Yu Jiang and Zhang Xingshui, initiated and founded an NGO, Sunshine Constitution Road Social Science Research Center (referred to as the Sunshine Constitutionalism), later renamed as Open Constitution Initiative Consulting Co. Ltd. (OCI) and registered in Industry and Commerce Bureau of Beijing City.

The Open Constitution Initiative has completed Research Report on China’s Xinfang System and the 2005 Report on the Development of Human Rights in China, visited petitioners detained in Beijing, rescued detainees in “Black Jails”, and provided legal aids to the well-known human rights activist Chen Guangcheng, victims of Shanxi illegal brick kilns, and victims of the tainted milk scandal. Xu Zhiyong was named Man of the Year 2005 in Asia by Asia Weekly, and was selected as one of Yearly Top Ten Youth leaders by Southern People Weekly in 2006.

In December 2006, Open Constitution Initiative started to make investigations and research in the living conditions and legal protection issues for the migrant schools in Beijing, casting concerns over the education rights of migrant children in city. In June 2008, Xu Zhiyong and Open Constitution Initiative assisted Beijing human rights lawyers to monitor the direct election of Beijing Lawyers Association.

Ever since 2009, Xu Zhiyong has been deprived of teaching qualifications for above-mentioned series of human rights activities. In July 2009, Open Constitution Initiative was fined 1.46 million RMB by taxation bureau, and the Civil Administration Bureau declared it “illegal” and shut it down. On 29 July, Xu Zhiyong was detained on charges of “tax evasion”, officially arrested on 13 August, and subsequently released on bail on 23 August. In March 2010, the organization in the name of “Citizen” continued to undertake human rights activities, and initiated New Citizens’ Movement, advocating for “freedom, righteousness and love” as the spirits of new citizens. On 21 August 2010, Beijing Municipal Public Security Bureau removed his bail.

On 26 February 2013, Xu Zhiyong distributed leaflets at Beijing subway stations, calling on non-Beijing-household registration residents to gather in front of Beijing Education Commission Building on 28 February for equal education rights. On 12 April, at the invitation of Hong Kong Chinese University, Xu Zhiyong planned to go to Hong Kong to attend the 10th Anniversary Seminar for the Event of Sun Zhigang, but lost his freedom after passing through the security check at Beijing airport, and was detained under house arrest after that. On 16 July, he was taken into criminal detention for suspicion of “gathering crows to disturb public order”, and was formally arrested on 22 August.

On International PEN’s Writers in Prison Day of 15 November, ICPC granted honorable membership to Mr. Xu Zhiyong, and the announced him as the laureate of Lin Zhao Memorial Award at the end of 2013, in recognition of his longtime courage and perseverance to exercise civil rights of freedom of expression and promoting to build a civil society without fear of the authorities.

22 January this year, the Beijing First Intermediate People’s Court began a court hearing and Xu Zhiyong was alleged of having organized, planned, and instigated two petition protests with a hundred or so participants for “educational equality” and four appeal activities of holding banners, distributing leaflets and making speeches to request “officials property disclosure”. Xu Zhiyong and his lawyers believed the trial procedures illegal, and therefore gave up court debate with silent protest, but he made his closing statement titled as For Freedom, Justice, and Love (http://www.chinafile.com/freedom-justice-and-love). However, he was interrupted by court judge but his statement was transferred out to public. Today, the court affirmed the allegations and decided that Xu Zhiyong was found guilty of “gathering crowds to disrupt public order” and sentenced to four years imprisonment.

It is also reported that ICPC member Zhao Changqing and other seven human rights activists of New Citizens’ Movemen received intensive court hearings for “gathering crowds to disrupt public order” in Beijing and Guangzhou on both 23rd and 24th of January. Before that, ICPC member Zhang Lin was also tried for the same charge in Bengbu City of An Hui Province on December 18 last year; Ilham Tohti, a member of Uyghur PEN and associate professor of economics at the Central University for Nationalities in Beijing, received criminal detention on January 15th this year for his “inciting” and “dissident” remarks; Mr Yao Wentian, a 73-years-old Hong Kong publisher with longtime cooperation with ICPC members, was taken into criminal detention in Shenzhen for “carrying prohibited items” on October 27 last year, and formally arrested for “smuggling ordinary goods” .

Herein, ICPC strongly condemns and protests the Chinese authorities’ detentions, court trials and sentences to ICPC members and honorable members including Xu Zhiyong, Zhao Changqing, Zhang Lin, Ilham Tohti, Yao Wentian and others for peaceful exercises their civil rights, and appeals all organizations both in China and abroad to pay close concerns over the worsening situation of freedom of expression in China, and to urge Chinese authorities to abide by Article 35 of China’s Constitution and UN’s International Covenant on Civil and Political Rights (ICCPR) which China signed in 1998, effectively protect the basic human rights to the freedom of speech, of the press, of assembly, of association, of procession and of demonstration,, and release immediately and unconditionally all of those imprisoned for their words, including ICPC members Liu Xiaobo, Yang Tianshui, Zhu Yufu, Zhao Changqing, Zhang Lin, and Li Huaping.

PEN International is the world’s oldest human rights organization and international literary organization. ICPC is one of Pen International’s 145 members and aims to protect writers’ freedom of expression and freedom to write worldwide and advocates for the rights of writers and journalists who are imprisoned, threatened, persecuted or harassed in China particularly. For more information, please visit http://www.chinesepen.org.

This entry was posted in Documents, Headlines, ICPC News, Writers in Prison and tagged Xu Zhiyong. Bookmark the permalink.