My friend Chen Yunfei (陈云飞) has never been of a serious disposition; his mode of dress is, if anything, even less serious. One year on June 4th, the anniversary of the Tiananmen Square massacre, he was clad from the waist up in a suit and tie, and from the waist down in a pair of short trousers that made it look from afar as if he weren’t wearing any trousers at all. On that anniversary, he climbed into a blood donation truck parked in the city center, announced that he wished to donate blood, and offered up his neck. The nurse avoided the proffered neck and took his arm instead. As she inserted the syringe into his arm, Chen Yunfei said, “Today’s June 4th, the anniversary of the Tiananmen Square massacre. Did you know that?” Startled, the nurse missed the mark. “You must be possessed by vengeful ghosts,” Chen Yunfei joked. “You ought to call the police and tell them one of the ‘June 4th hooligans’ is at a blood donation site, disturbing the peace!” The nurse burst into tears. Young and inexperienced as she was, she really did call the police.

Chen Yunfei has described himself as a beast tamer, and the beast in question is the Chinese police force, a creature known to be more ruthless and more brutal than any beast on earth. As a result, Chen Yunfei has endured numerous beatings. He jokes that without a good beating, he finds it hard to sleep at night. The bruises covering his body, he said, would keep the memory of that “mining accident” alive: in 2007, on the anniversary of June 4th, he took advantage of the ignorance of the advertising staff at the Chengdu Evening News to place a small advertisement in that paper. It read simply, “We salute the staunch mothers of the June 4th victims!”[i] At a mere 14 character spaces, including exclamation point, and a cost of 45 yuan [less than $6 USD], it nonetheless caused great consternation in the ranks of the Chinese police force, not to mention the Central Committee of the Chinese Communist Party.

We met up for drinks, sometimes after Chen Yunfei had been interrogated and beaten. His lip was swollen, his face hideously crumpled, but as we drank together, I found it hard to express my sympathy. With anyone else – the families of the victims of June 4th, for instance – I could have risen to the occasion, acquitted myself as a man of letters by coming up with a few comforting words, a few fitting phrases. But no matter how tragic his situation, no matter how deep his psychological scars, those wounds that would never heal, when I looked at Chen Yunfei with his rakish ear-to-ear grin, my only response was mockery.

This time around, Chen Yunfei was arrested for travelling to Xinjin County on the outskirts of Chengdu, Sichuan Province, to pay his respects at the grave of Wu Guofeng, a June 4th victim. On May 19, 2005, I interviewed Wu Guofeng’s parents: the interview was later included in my book Bullets and Opium.[ii] A young man just shy of twenty-one years of age, Wu Guofeng was an avid amateur photographer and university student who had received the top university entrance exam score in his hometown of Xinjin. In the early hours of June 4th, 1989, as he ventured onto the streets with his camera “to document history,” he was shot by troops patrolling a city under martial law—not shot dead, no, but kicked to the ground and stabbed to death with a bayonet. Seconds before he died, Wu Guofeng gripped the bayonet’s blade with both hands, his eyes staring wide as his executioner gave a mighty roar, plunged the bayonet deeper into his victim’s belly, and thrust upward, leaving a broad gash.

Chen Yunfei had read that story. For some time, he had intended to lay flowers at Wu Guofeng’s grave, and perhaps shed a few tears. He also wanted to call on Wu Guofeng’s parents, who suffer from ill health (his mother is prone to migraines, and his father recently had a kidney removed) and remain heartbroken at the loss of their beloved son. He said he wanted to visit them at home “to see whether the two old folks would accept this ‘beast tamer’ as a godson.” This March, a few months before the twenty-sixth anniversary of the Tiananmen Square massacre, Chen Yunfei finally made the trip[iii]. The night before a planned commemoration, he found himself surrounded by over one hundred police officers. The charges against him: “incitement to subvert state power” and “picking quarrels and provoking trouble.”

“I always knew this day would come for him, but now that it has, I still feel scared for him,” I wrote in response to my friend Luo Xiaoxiao’s Facebook post. “Words fail me. Fuck…the times we live in.”

The Communist Party’s bestial nature has resurfaced, time and again. One after another, so many kind-hearted, conscientious, courageous and idealistic individuals – well-known names such Li Bifeng, Liu Xianbin, Chen Wei, Chen Xi, Xu Zhiyong, Pu Zhiqiang, Guo Yushan, Gao Yu and many others, nearly one hundred in all – have been thrown into despot’s cage at the bidding of “Xi Dada”, whose animal lusts eclipse his basic human instincts.[iv] Now that you have been elevated to their ranks, Chen Yunfei – the beast tamer, thrown into the beast’s cage – will you be immune to the depredations I described in my book? Do you think those bestial police will hesitate to fuck you in the ass with their electric cattle prods?[v]

Gabriel García Márquez, who passed away recently, has been lionized by many a state-sanctioned Chinese writer. One of his anecdotes could serve as a metaphor for the situation Chen Yunfei finds himself in today: A certain dictator captured a rebel. Knowing that the rebel was a lion tamer by profession, the dictator obtained a male lion from the circus, locked it in a cage, and starved it for three days. When the lion was sufficiently mad with hunger, the dictator locked the rebel in a cage adjacent to the lion. Time and again, the lion hurled himself against the metal bars of his cage, trying to get at the captured rebel, who was forced to cower in the far corner of his separate cage, mere inches away from the hungry lion’s outstretched claws.

I fear for you, Chen Yunfei, but there is nothing else I can do. Please forgive my cowardice. 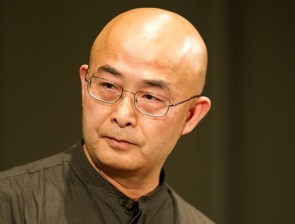 [i] When Chen Yunfei placed the ad, young staffers at the newspaper’s advertising department, unaware of the events in Tiananmen Square in 1989, asked what June 4th referred to. Chen Yunfei answered that it was simply the anniversary of a bad “mining accident” in which many people died. – The Translator

[ii] Liao Yiwu’s book of interviews and recollections about the June 4th, 1989 Tiananmen Square massacre was published simultaneously in Taiwan and Germany in October of 2012. The Chinese title is《子彈鴉片—天安門大屠殺生死故事》; the German title is Die Kugel und das Opium. – The Translator

[iii] Chen Yunfei has made this trip every year for many years. – The Editor.

[iv] The nickname “Xi Dada” refers to current Chinese President Xi Jinping. The jailed activists referred to are as follows:

Li Bifeng (b. 1964): Poet and activist. In Nov 2012, sentenced to 12 years in prison on charges of “contract fraud,” in retaliation for, as the government believed, helping his friend Liao Yiwu flee to Germany. – The Translator

Liu Xianbin (b. 1968): Writer and activist. In March 2010, sentenced to 10 years on charges of “inciting subversion of state power” in retaliation for human rights articles he published on the Internet and in international media.

Chen Wei (b. 1969): Writer and activist. In Dec 2011, sentenced to 9 years in prison on charges of “inciting subversion of state power” in retaliation for four essays he wrote and published online.

Chen Xi (b. 1954): Veteran human rights activist. In Dec. 2011, sentenced to 10 years in prison on charges of “inciting subversion of state power,” in retaliation for dozens of essays he published on overseas Chinese websites.

Xu Zhiyong (b. 1973): Prominent civil rights advocate. In Jan. 2014, sentenced to 4 years in prison for “gathering crowds to disrupt public order,” in retaliation for his past activism.

Pu Zhiqiang (b. 1965): Prominent civil rights lawyer. Held without trial since May 2014. He was recently indicted for “inciting ethnic hatred” and “picking quarrels and provoking trouble.”

Guo Yushan (b. 1977): Scholar and head of Beijing-based independent think tank Transition Institute. Held without trial since October of 2014 on charges of “picking quarrels and provoking trouble,” in retaliation for his past activism and his role in helping civil rights lawyer Chen Guangcheng escape from house arrest and flee to the U.S. Guo Yushan’s defense lawyer has also been detained.

Gao Yu (b.1944): Veteran journalist. In April 2015, sentenced to 7 years in prison on charges of “leaking state secrets,” in retaliation for her hard-hitting reportage. – The Translator

[v] Liao Yiwu has described the cattle prod torture and other mistreatment during his incarceration in his 2013 memoir For a Song and a Hundred Songs: A Poet’s Journey through a Chinese Prison. – The Translator