Q. and A.: Adam Fisk on Evading Internet Censorship in China

In recent months, China’s Internet regulators have further restricted the already limited access that the nation’s 648 million Internet users have to the web. Several Google services, including Gmail and Gchat, have become inaccessible. Virtual private networks, or V.P.N.s, that once let users skirt online censorship have also been blocked.Tools such as GreatFire.org’s “mirrored” websites and the Internet bandwidth-sharing service Lantern have so far allowed users to access the open Internet. These services use the encrypted hosting of information by so-called cloud service providers around the globe, including in China. Chinese Internet regulators would have to shut down such services, including those run by Amazon and Microsoft, to stop these censorship-evading tools.

Some analysts have argued that the economic cost of blocking these services is too high and that the number of users of censorship-evading tools is too low to prompt such intervention by censors. This month, however, unidentified hackers targeted GreatFire.org’s service in an unprecedented distributed denial of service, or DDoS, attack, flooding the service with billions of requests an hour and setting off concerns that the patience of China’s Internet censors had run out. 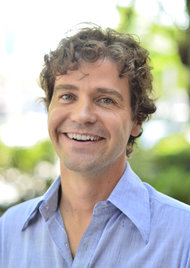 Adam Fisk is the lead developer of Lantern, a censorship-evading tool that became available in 2013 and is largely financed by the United States State Department. The software allows users in countries where the web is not censored to share part of their Internet traffic with users in countries with censorship, such as Iran and China. The software has been installed 135,000 times so far, Mr. Fisk said, allowing unrestricted transfers of 150 terabytes of data every month.

Mr. Fisk, 39, was also a developer of LimeWire, a once-popular network that relied on peer-to-peer technology for file sharing. It was shut down in 2011 after a judge ordered most of its services disabled amid accusations of facilitating music piracy. In an interview, he discussed how Lantern works and how it has reacted to the new measures by Chinese Internet regulators.

Q: How many people use Lantern in China and the rest of the world?

Q: Who would use Lantern in China?

A: We intentionally know very little about our users, but we know that people like [the Chinese artist] Ai Weiwei have used it, tweeted about it. The goal behind Lantern is to be free and easy to use, a service that works really well, so that anyone can use it. In terms of where we’re at now, it’s still the intellectual elite that tends to be more active on the Internet and tends to be more informed about the tools that are out there.

Q: What measures have Chinese Internet regulators taken to strengthen the Great Firewall since you started Lantern?

A: The biggest change has been the most recent V.P.N. blocking. To me, that blocking is fascinating in the sense that the ways V.P.N.s are blockable are obvious and trivial. So I think the reason they hadn’t been blocked earlier was that the only people who can access V.P.N.s are people who have foreign credit cards.

Technically, that block was really fairly obvious. One of the reasons that Lantern exists is that things like V.P.N.s are easy to block. The V.P.N. blocking didn’t affect Lantern.

Q: But you used Gmail and Gchat before they were blocked, right?

A: We didn’t use Gchat to tunnel traffic. It was really more to kickstart the network. If you have a friend who lives in an uncensored region, you can access the Internet through that friend, or a friend of that friend. That’s really the reason we used Gchat. We tunnel to it, because it’s blocked.

Q: When you tunnel traffic, you operate through cloud services or peers. Do you expect that the rise of services like Lantern and GreatFire will result in more attempts to block cloud services?