Q. and A.: Zhang Lifan on the New Chinese Nationalism

The Chinese historian Zhang Lifan has become outspoken in recent years on the need for China to undertake ambitious economic and political changes. His family has been deeply involved in modern Chinese political life: Mr. Zhang’s father, Zhang Naiqi, served as the head of the national Food Department during the first years of the Communist government, but in 1957, he was labeled a rightist by Mao Zedong and tortured. He died in 1977, one year after Mao’s death. 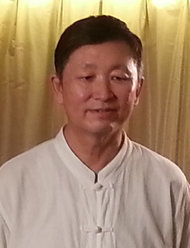 Zhang Lifan, a historian whose family has been deeply involved in modern Chinese political life.Credit Courtesy of Zhang Lifan

When Xi Jinping, the current Chinese leader, took power in late 2012, Mr. Zhang expressed hope that Mr. Xi would be influenced by old acquaintances who were pressing him to carry out broad reforms. But as Mr. Xi has pushed a campaign of ideological tightening, closing the space for Chinese liberals, Mr. Zhang has been revising those hopes.

More recently, Mr. Zhang has been analyzing an arts conclave that took place in Beijing in October and drawing parallels with the Yan’an Forum on Literature and Art, organized by Mao in 1942. Mr. Xi presided over the October meeting, which was aimed at bringing cultural production under greater Communist Party control.

On hand were several prominent artists and party officials. But what attracted the most attention was Mr. Xi’s praise of a young blogger, Zhou Xiaoping, who writes anti-Western diatribes and essays based on conspiracy theories. One essay published by the state news media this year was titled “Nine Knockout Blows in America’s Cold War Against China.” In another, Mr. Zhou wrote that the West had “slaughtered and robbed” China and other civilizations since the 17th century, and was now “brainwashing” it.

Mr. Xi said Mr. Zhou’s work exhibited “positive energy,” a term used by officials to praise things that promote the party line. This month, Mr. Zhou spoke at the World Internet Conference in Zhejiang Province, an event that was the brainchild of Lu Wei, who is in charge of regulating and censoring the Internet in China. The conference was dedicated to advancing the idea that countries should have their own sovereign Internet space.

This entry was posted in Headlines and tagged Nationalism, Zhang Lifan. Bookmark the permalink.