‘She Was The Pride of The Mongolian People’ 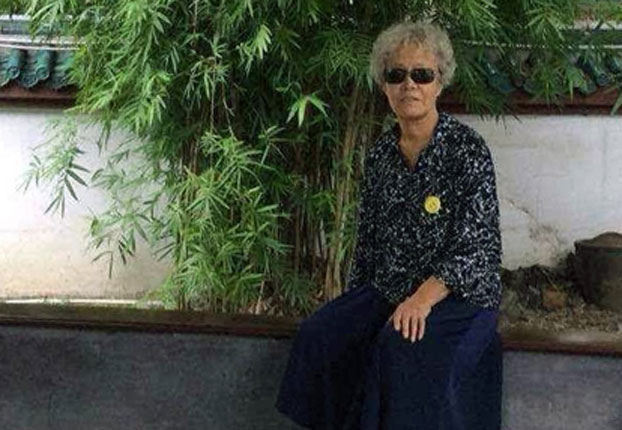 Inner Mongolian dissident Huuchinhuu is shown in an undated photo provided by her family. RFA

Chinese authorities have shuttered a popular website used by ethnic Mongolians following the death of a veteran dissident writer.Prominent author and ethnic Mongolian activist Huuchinhuu Govruud, known in Chinese as Gao Yulian, had been under prolonged house arrest and in financial difficulties over her open support for long-term friend and fellow activist Hada.

State security police froze her two bank accounts in retaliation for her support of Hada and his activist wife Xinna, she said in a statement in January 2015.

According to exiled ethnic Mongolian rights activist Xi Haiming, Huuchinhuu died on Oct. 25 after a lifetime of dissent and activism on behalf of ethnic Mongolians in China.

“Gao Yulian is the pride of the Mongolian people and her spirit will be with us forever,” Xi told RFA in an interview after her death.

Huuchinhuu’s death aged 61 at her hometown of Tongliao in northern China’s Inner Mongolia region had sent shock waves through the dissident community, both Han Chinese and Mongolian, in China and overseas, Xi said.

He said the Genghis Khan website was shuttered by censors after the tributes began pouring in from fellow dissidents and ethnic Mongolians.

“The news of the death of Ms. Gao Yulian caused a widespread reaction among ethnic Mongolians,” Xi told RFA.

“We all have different memories of her, and there are many poems and eulogies mourning her loss on Mongolian websites,” he said.

Huuchinhuu had become a “very influential leader” of her generation of ethnic Mongolians after taking part in the student movement of 1981, Xi said.

“As a participant in the 1981 movement, I feel that I have lost an old friend and was very sad [to hear of her death],” he said.

Gao was arrested in 1995 for joining the Southern Mongolian Democratic Alliance formed by Hada, and was repeatedly detained, beaten up, and harrassed by the authorities in the years that followed.

“She suffered oppression her whole life,” Xi said. “She published three or four books, the last of which had the entire print run confiscated from the publishing house by the local police. Some were even confiscated before she could have them printed,” Xi said.

“She was a steadfast and reasonable individual who never backed down. I think we can say she was the pride of her generation of Mongolians.”

Huuchinhuu was “a symbol of Mongolian culture,” Xi said.

“Her death is a huge loss to us, but her spirit will never die, and the Mongolians will continue their struggle,” he said.

Ethnic Mongolians, who make up almost 20 percent of Inner Mongolia’s population of 23 million, increasingly complain of widespread environmental destruction and unfair development policies in their homeland.

Clashes between Chinese state-backed mining or forestry companies and herding communities are common in the region, which borders the independent country of Mongolia.

Since his release from a 19-year jail term and four years additional detention, Hada and his wife Xinna have continued to speak out on behalf of Mongolian herders in spite of routine police harassment.

The New York-based rights group Southern Mongolian Human Rights and Information Center (SMHRIC) estimates that at least 160,000 ethnic Mongolians have been forcibly evicted from traditional grazing lands in recent decades, adding that the true number is likely to be far higher than that in official media reports.

Reported by Tian Yi for RFA’s Mandarin Service. Translated and written in English by Luisetta Mudie.