United States: Trump government policies discriminatory and a threat to freedom of expression

Posted on 02/03/2017 by editor | United States: Trump government policies discriminatory and a threat to freedom of expression已关闭评论 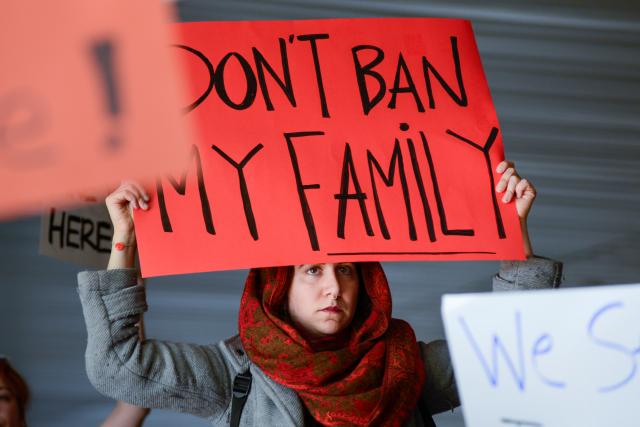 On 27 January the United States president Donald Trump signed an executive order announcing the suspension of the Unites States refugee program for at least 120 days and indefinitely for Syrian nationals. The executive order goes further to cut the total number of refugees of any nationality who can be resettled under the program; and ban entry to the Unites States of nationals from Iran, Iraq, Libya, Somalia, Sudan, Syria, and Yemen for at least 90 days.

PEN is appalled by the Trump administration’s discriminatory ban on nationals of seven countries, which is, in effect, a ban on Muslim immigrants, from entering the United States. The order together with reports that customs and border patrol are looking at social media comments by prospective visitors suggests that there is an ideological test being imposed with a view to exclude or monitor those with a critical view of the United States. This is of particular concern for an organisation of writers as such vague provisions could be used to block individuals critical of the Unites States and result in the censorship of legitimate criticism of the administration.

Our colleagues at PEN America have set up an alert for any writer or artist denied entry to the United States due to the Trump immigration ban which can be found here.

As an organisation which works to protect writers at risk, we are profoundly concerned about the impact of the ban on many refugees who are writers and, in particular, translators, who were due to be resettled in the United States. Many have faced targeted persecution as a result of their work in the defence of freedom of expression. This ban leaves these writers and translators at a heightened vulnerability to persecution.

The United States is the host of one of the most important resettlement programmes for refugees in the world. This decision fundamentally undermines the international protection framework at a time where there have never been so many refugees in need of protection.

For nearly 100 years PEN has fought to dispel hatreds between peoples and oppose ideological discrimination. We actively oppose this divisive and cruel ban.

The United States should look at its constitution and its founding principles as well as its history of offering refuge and safe haven to generations of writers and artists. . It will show how this move is contrary to international law, and morally wrong.

This entry was posted in unclassified. Bookmark the permalink.