Veteran Chinese Democracy Activist May Have Been Tried in Secret 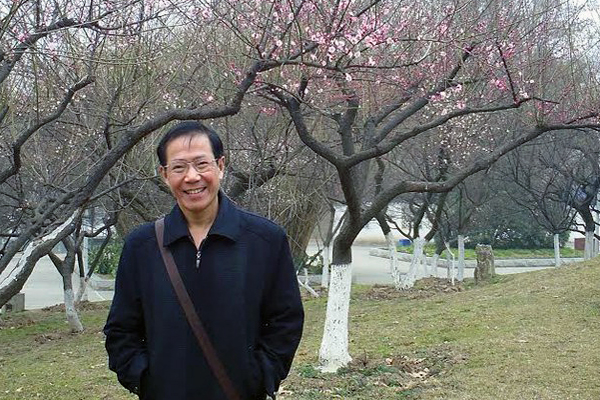 Qin and his wife Zhao Suli have been incommunicado since Jan. 19, 2015, activist Pan Lu, who works at the Rose China group founded by Qin, told RFA.

Qin had been briefly held and then released from administrative detention shortly before his disappearance, and his family had received no official news of his fate since then, Pan said.

The officer in charge of Qin’s surveillance, Min Kui, told Zhang that Qin “will be sentenced in the next few days,” he said.

However, neither Min nor Zhang were reachable by phone for comment.

“If they are sentencing him, then surely there should have been a judicial procedure, and they should have issued a formal notice of arrest,” Pan said.

“All we have is information gleaned from the interrogation of [fellow activist] Shi Yulin that Qin Yongmin was being held on suspicion of incitement to subvert state power, but that is very partial information,” he said.

“We have yet to see any formal notification of his arrest, and no they’re talking about sentencing him; they didn’t mention a date or a time of any trial,” he said.

Qin, a founder member of the banned opposition China Democracy Party, was also tried in secret for “incitement to subvert state power” in 1998, Pan said.

“They are still being very cautious [around him] even 18 years later, because there is a lot of online interest in rights activists,” he said.

Qin’s brother Qin Yongchang said he hadn’t heard anything from police regarding his brother’s fate.

“We have asked them [what is going on] but they won’t tell us,” Qin Yongchang said. “We asked the [police officer] that was in charge of him, and the state security police, but it was no use.”

Qin, a founding member of the China Human Rights Observer group, is also a director of Rose China, according to the New York-based Committee to Protect Journalists (CPJ).

Wuhan-based dissident Qin Yongmin, who has already served a lengthy jail term for helping to found the CDP, was taken from his home by state security police officers on Jan. 21.

Qin’s wife Zhao Suli was also taken to an unknown location in April, prompting a nationwide “search for Qin Yongmin” by fellow rights activists, who collected hundreds of petition signatures.

Qin, 59, is a contemporary of exiled dissident Wei Jingsheng, who was sentenced to eight years in prison for “counterrevolutionary propaganda and subversion” in the wake of China’s Democracy Wall movement in 1981.

Qin then served a 12-year jail term for subversion after he helped found the CDP in 1998 in spite of a ban on opposition political parties by the ruling Chinese Communist Party.

A draconian new National Security Law passed last July allowed detainees to be held for up to six months at an unknown location with no contact with relatives or lawyers, in cases involving subversion or spying.

But rights groups say the definitions of such crimes are broad enough to allow police to use them against political dissidents and peaceful rights activists.

Rose China Co-founder Liu Xinglian disappeared in March from a detention center where he had been held since last June on suspicion of “incitement to subvert state power.”

Liu’s “disappearance” was discovered on March 11 after two supporters tried to take money to him in the Wuhan No. 2 Detention Center, only to be told he was no longer there.