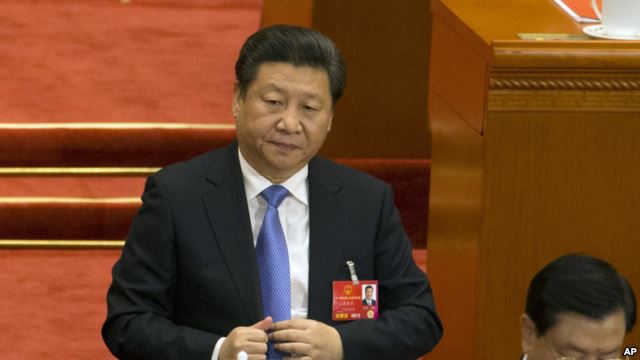 BEIJING—China has passed a controversial law that imposes new rules on foreign non-governmental organizations and puts the registration and supervision of such groups under the control of public security authorities.The full text of the law was not immediately available, but authorities said the legislation has seven chapters and 54 articles.  The law was passed by China’s parliament, the National People’s Congress, with a vote of 147 in favor and only one opposing and one abstention vote.

Following passage of the law Thursday, authorities gave assurances the legislation was not meant to restrict foreign NGOs from operating, but aimed at providing clearer regulations and boundaries for the nearly 10,000 foreign organizations in China.

Critics argue the law is an assault on civil society organizations.

In a statement released shortly after the legislation was approved, the group Chinese Human Rights Defenders called for the repeal of what it called the “draconian law.”

“The adopted version appears to retain the most troubling elements of the previous draft, and allows for even tighter government control over NGO activities,” the group said.  “Once the law takes effect on January 1, 2017, it will further restrict international NGOs working in China and suffocate the country’s already beleaguered independent organizations.”

According to earlier versions of the legislation, the law would give Chinese police the power to cancel activities they deem a threat to national security and to summon the leaders of foreign NGOs to report for meetings with government officials.

Details released earlier this week said police would also be allowed to ban from the country any NGO they believe is promoting “subversion of state power” or “separatism.”  But authorities deny they would have a so-called blacklist.

Officials argue China’s requirement for foreign NGOs to register through police is reasonable because public security officials are already the ones who handle entry and exit of foreign nationals.  They also said that in France, NGOs must register with the police is well.

But unlike France, where citizens have the right to offer up viewpoints that may be at odds with the government, China has been cracking down on dissent and, for many, the legislation appears to be an extension of that broader effort.

China recently detained and later deported a foreign NGO worker accusing him of damaging national security.  Swedish NGO worker Peter Dahlin was paraded on state television and his group was accused of breaking the law because of its support of human rights lawyers.

China has long regarded foreign groups with suspicion and one of its key concerns about NGOs is the possible influence they could have on the general public and the fear such groups could threaten the Communist Party’s rule.

This entry was posted in Culture, Headlines and tagged foreign, law, NGO. Bookmark the permalink.