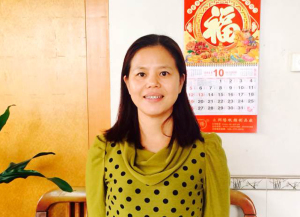 Authorities in the southern Chinese province of Guangdong have extended the pretrial detention of a prominent women’s rights activist on subversion charges for a second time, her lawyers said.

Su Changlan, 45, is being held on suspicion of “incitement to subvert state power” after she showed public support for the 2014 pro-democracy movement in Hong Kong.

Her case had already been extended at the investigation stage by authorities in Guangdong’s Foshan city before being sent back twice by the prosecutor’s office to police for further evidence-gathering.

“There’s not much likelihood, I’d say none at all, of a not guilty verdict in these sorts of cases,” Su’s defense attorney Liu Xiaoyuan told RFA in a recent interview.

“And the longer she is detained, the gloomier the outlook.”

Liu said that from a lawyer’s point of view, there is scant evidence to prop up the charges.

“There is nothing in the content of her posts that amounts to incitement to subversion of state power, and Su Changlan has told the court herself that this was never her intention,” he said.

Fellow defense lawyer Wu Kuiming, who visited Su in the police-run Foshan Detention Center on Monday, said she is suffering from poor health, particularly in the recent hot weather.

The Foshan Intermediate People’s Court in Guangdong has already extended Su’s pretrial detention once, prompting lawyers to accuse the authorities of deliberately dragging their feet.

Wu said the decision could be an indicator that police are having trouble finding evidence to back up the subversion charges.

“There is always that possibility,” he said.

“I think they are just stalling for time, because a case like hers should be straightforward, without much room for debate,” he said.

Once a volunteer for the New York-based Women’s Rights in China group, Su is in poor health, amid concerns from her family that her health needs are being neglected.

Her husband Chen Dequan has previously applied to Foshan police under freedom of information laws to get detailed information about his wife’s condition, and also to answer allegations that she was forced into “confessing” her guilt.

But police refused the request.

Su’s detention came as Beijing launched a nationwide crackdown on civil society groups campaigning for the rights of women, migrant workers, consumers, students in education, sex workers, and those with disabilities and diseases.

Under a draft Overseas NGO Management Law currently under discussion, police will be given vastly expanded powers governing the operations of overseas nonprofit organizations in China, particularly in terms of funding Chinese NGOs, rights groups say.

The draft law’s provisions would affect all international nonprofits, including schools, hospitals, churches, charities, and sports clubs, and include groups based in Hong Kong and Macau.

Authorities will also be able to block Chinese organizations from receiving funding from overseas NGOs that have not registered inside the country or who haven’t received a permit from police.