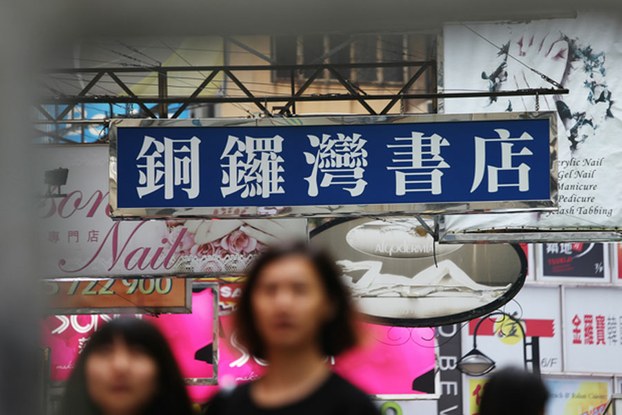 The disappearances of five Hong Kong booksellers represent a “breach” of the terms of the city’s handover to China, known as the “one country, two systems” policy, the U.S. State Department said in a report this week.

The U.K. government said in an official report that Lee had been “involuntarily removed” from the city, which has maintained a separate law enforcement jurisdiction and an internal immigration border since returning to Chinese rule in 1997.

“These cases have raised serious concerns in Hong Kong and represent what appears to be the most significant breach of the “one country, two systems” policy since 1997,” the State Department said in its Hong Kong Policy Act Report, dated May 11.

It cited reassurances from Hong Kong officials that external law enforcement agencies are not permitted to operate in Hong Kong without authorization, under the city’s mini-constitution, the Basic Law.

It said “apparently coerced video and written confessions by the publishers” shown on state-run Chinese media had cast further doubt on promises of “a high degree of autonomy” for Hong Kong, promised in the 1984 Sino-British Joint Declaration.

Under the terms of the handover and the Basic Law, China has promised to allow Hong Kong to continue with its existing way of life until 2047.

The report also cited growing evidence of self-censorship in the city’s media and publishing industries, as well as apparent political interference in the running of the city’s universities.

Liu Lu, co-author of a planned political title, “Huge Change in China, 2017”, said he and his co-author are planning to set up a publishing house in the United States to publish the book.

“To begin with, we were planning to release the book in Hong Kong, but the political climate is getting really bad there now, so there’s no way that’s going to happen,” Liu told RFA.

“A lot of book publishers are closing up shop in Hong Kong right now, because there is no guarantee of their safety.”

Liu’s co-author Zhuang Xiaobin said he had received a phone call from his wife back in mainland China, who warned him not to publish the book.

“She was basically saying that she would have to divorce me [to avoid political retaliation] if I insisted on doing that,” Zhuang said. “Then I would have no home to go back to in China.”

“The only way she would do that is if somebody told her to.”

Last month, Hong Kong’s judicial chief warned that free speech has its “limits” despite constitutional protections, and that the city’s police would consider investigating members of political groups advocating independence for the former British colony.

While there are currently no laws forbidding the advocacy of independence on Hong Kong’s statute books, Article 23 of the Basic Law requires the city to enact laws “to prohibit any act of treason, secession, sedition, subversion against the Central People’s Government,” which could be interpreted as a ban on such speech.

An attempt to bring in such legislation in 2002 sparked a massive demonstration on July 1, 2003, hastening the departure of then chief executive Tung Chee-hwa and an embarrassing withdrawal of the proposed law.

To Yiu-ming, professor at Hong Kong’s Baptist University, said recent moves to dampen discussion of independence at the city’s universities and colleges are likely the direct result of pressure from Beijing.

“I think that the Hong Kong government and the central government … are very touchy indeed about the spread of talk of independence,” To said.

“They want the universities to deal with it, but there’s a limit to what they can do.”

“If it is implemented, we will soon see the end of ‘one country, two systems,'” Ching wrote in the Hong Kong Economic Journal on Thursday.

He cited mainland Chinese legal expert Mo Jihong, deputy director of the Institute of Law of the Chinese Academy of Social Sciences, as saying that the constitution should trump the Basic Law for Hong Kong’s judiciary.

“Mo urged a ‘new perspective’ on Hong Kong’s judiciary and legal system [that] the country’s most fundamental legal document must also be the guiding principle of Hong Kong’s legal system,” Ching wrote.

“Though … Hong Kong laws shall remain effective, they … have now become part of the Chinese legal system,” he quoted Mo as telling a recent meeting of a ruling Chinese Communist Party-backed think-tank on Hong Kong.

Reported by Hai Nan and Lam Kwok-lap for RFA’s Cantonese Service. Translated and written in English by Luisetta Mudie.