Yang Zili: Exile in My Own Country – A Letter to Domestic Security Officer Li in Beijing

Posted on 12/14/2014 by editor | Yang Zili: Exile in My Own Country – A Letter to Domestic Security Officer Li in Beijing已关闭评论

The Transition Institute researcher is on the run, and his letter provides clues (or no clues) about the recent detention of Guo Yushan and other TI personnel. – The editor

This is Yang Zili (杨子立), a veteran employee of END_OF_DOCUMENT_TOKEN_TO_BE_REPLACED

Yang Zili: Exile in My Own Country – A Letter to Domestic Security Officer Li in Beijing已关闭评论

China in 2014 through the Eyes of a Human Rights Advocate

This time last year, volunteers and I were busy writing and translating articles to prepare for the New Citizens Movement trials. Many Chinese voices were speaking out forcefully against these trials: END_OF_DOCUMENT_TOKEN_TO_BE_REPLACED

China in 2014 through the Eyes of a Human Rights Advocate已关闭评论 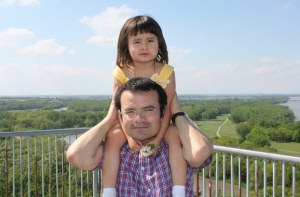 Abduweli Ayup and his daughter in a file photo.
Photo courtesy of Ayup’s family

Posted on 12/11/2014 by editor | Liu Xiaobo, Nobel-Winning Chinese Dissident, Is Said to Send Message From Prison已关闭评论

BEIJING — A prominent Chinese writer living in Berlin said Wednesday that he had received a message from Liu Xiaobo, the Nobel Peace Prize winner who has been held by the Chinese authorities since 2008 and is serving a long prison sentence.

The writer, Liao Yiwu, who has known Mr. Liu for decades, declined to elaborate on how he received the message or what form it arrived in.

The message said: “I am O.K. Here in prison, I have continually been able to read and think. In my studies, I have become even more convinced I have no personal enemies. The nimbus around me is shiny enough by now. I hope the world could pay more attention to other victims who are not well known, or not known at all!”

Mr. Liao said he received the message early Tuesday from people in China. Mr. Liu has rarely if ever gotten messages out from his prison in Jinzhou, Liaoning Province, where he is serving an 11-year sentence.

“This is absolutely real,” Mr. Liao said. “It’s the first time I’ve received communication in all these years. I can’t say how I received it, but I know it is genuine. It is touching to hear this from him.” 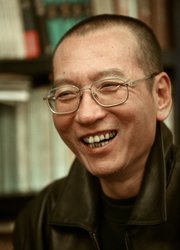 Liu Xiaobo in an undated photo released by his family in 2010. He has been imprisoned since 2008. Credit via Reuters
Mr. Liu was detained by the police in 2008 after he helped write and circulate an online petition called Charter 08, calling for gradual political change in China that would eventually result in a Western-style democracy based on constitutional rights. Mr. Liu was formally charged in June 2009 with “inciting subversion of state power,” and on Dec. 25, 2009, he was given an 11-year prison sentence by a Beijing court.

PEN is calling for immediate and unconditional release of Liu Xiaobo and wife, Liu Xia.

8 December 2014 marks the sixth anniversary of the arrest of Chinese poet and human rights defender Liu Xiaobo, who is serving an 11-year prison sentence for his dissident writings and peaceful activism. Liu Xiaobo was imprisoned for “inciting subversion of state power” for his part as the leading author behind “Charter ‘08”, a manifesto calling for protection of universal human rights and democratic reform in China. END_OF_DOCUMENT_TOKEN_TO_BE_REPLACED

China Rails Against Pollution, of the Journalistic Variety

Posted on 12/09/2014 by editor | China Rails Against Pollution, of the Journalistic Variety已关闭评论 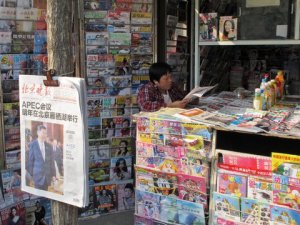 A newsstand in Beijing. The government is calling for greater attention to ethics in journalism.Credit Rolex Dela Pena/European Pressphoto Agency

The Chinese government appears to have END_OF_DOCUMENT_TOKEN_TO_BE_REPLACED

China Rails Against Pollution, of the Journalistic Variety已关闭评论

China: Writers and Publishers arrested in a New Wave of Repression

Posted on 12/09/2014 by editor | China: Writers and Publishers arrested in a New Wave of Repression已关闭评论

He Zhengjun, director of the Transition Institute and prominent writer Xu Xiao were both detained on November 26, along with Xue Ye and Liu Jianshu, a sign of growing suppression against government critics in China. END_OF_DOCUMENT_TOKEN_TO_BE_REPLACED

China: Writers and Publishers arrested in a New Wave of Repression已关闭评论