Authorities in the southern Chinese province of Guangdong on Friday handed down jail terms of up to five years to the “Guangzhou Three” rights activists for subversion, after they sought to launch a civil disobedience campaign to protect human rights. END_OF_DOCUMENT_TOKEN_TO_BE_REPLACED 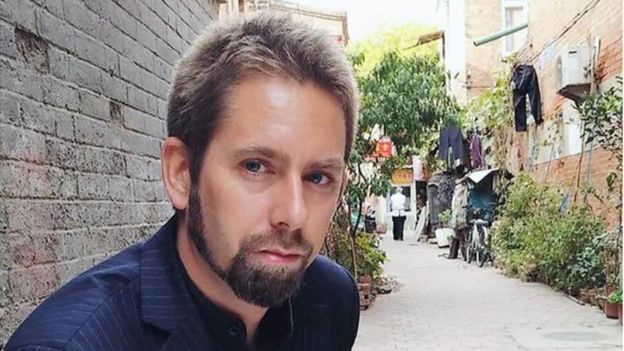 Swedish human rights worker Peter Dahlin arrived back in his home country on Tuesday after being deported by Beijing in the wake of his detention, although fellow Swedish national Gui Minhai remains in detention in China. END_OF_DOCUMENT_TOKEN_TO_BE_REPLACED 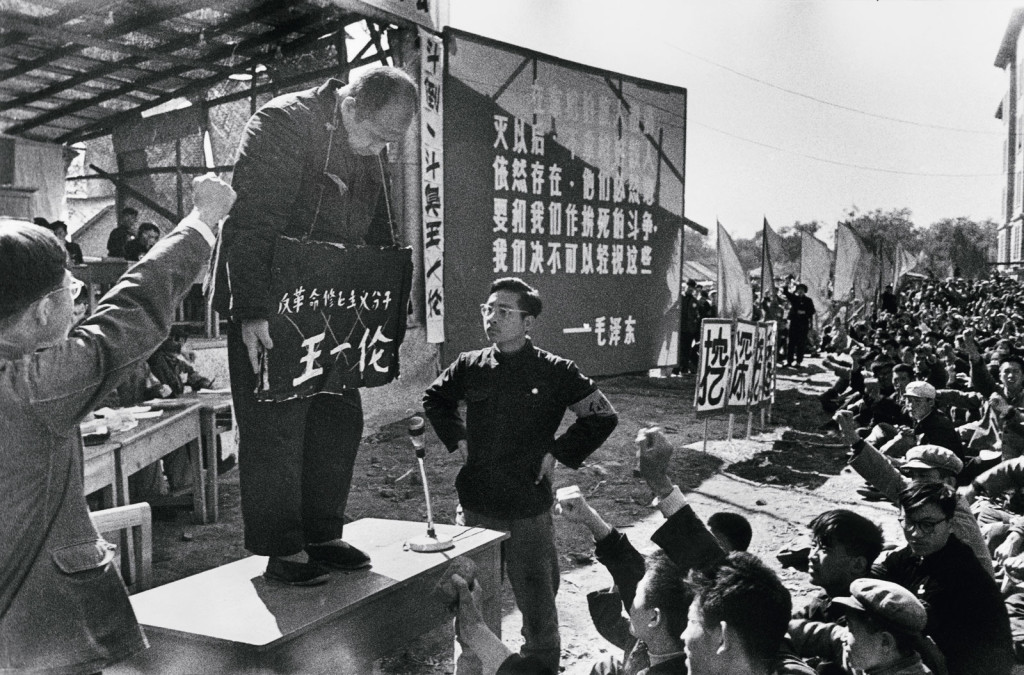 By now, it has been nearly forty years since the Cultural Revolution officially ended, yet in China, considering the magnitude and significance of the event, it has remained a poorly examined, under-documented subject. Official archives are off-limits. Serious books on the period, whether comprehensive histories, in-depth analyses, or detailed personal memoirs, are remarkably few. Ji Xianlin’s The Cowshed: Memories of the Chinese Cultural Revolution, which has just been released in English for the first time, is something of an anomaly. END_OF_DOCUMENT_TOKEN_TO_BE_REPLACED 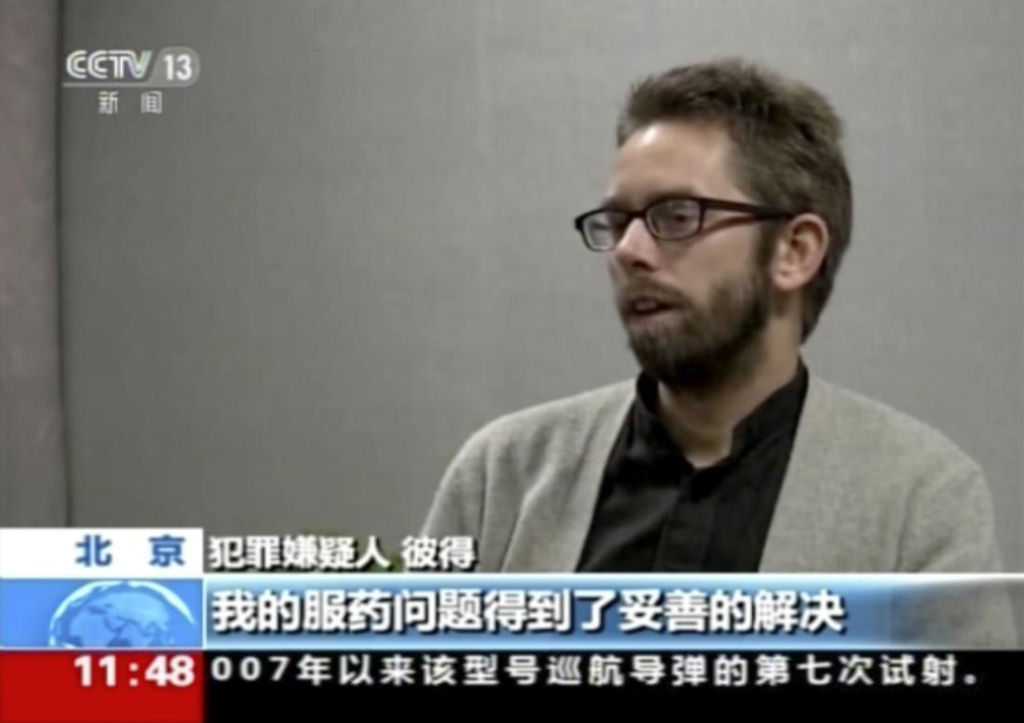 ‘Three of my colleagues and close friends are still incarcerated,’ the deported activist says. END_OF_DOCUMENT_TOKEN_TO_BE_REPLACED

China Human Rights Lawyers Concern Group: “China Must Respect Due Process and Uphold the Rule of Law: A call for the Release of 36 Illegally Detained Human Rights Lawyers and Defenders” A Joint Statement by 113 Worldwide Civil Society Organizations regarding the 709 Crackdown

Posted on 01/27/2016 by editor | China Human Rights Lawyers Concern Group: “China Must Respect Due Process and Uphold the Rule of Law: A call for the Release of 36 Illegally Detained Human Rights Lawyers and Defenders” A Joint Statement by 113 Worldwide Civil Society Organizations regarding the 709 Crackdown已关闭评论

■ “China Must Respect Due Process and Uphold the Rule of Law: A call for the Release of 36 Illegally Detained Human Rights Lawyers and Defenders”

(9th January 2016, Hong Kong) Exactly six months have passed since 9 July 2015 when the Chinese government started detaining human rights lawyers and defenders in large scale. To date, we take note that 14 lawyers and 22 human rights defenders have remained under various forms of confinement, with some in complete disappearance. In addition, another 33 of them are banned from travelling out of the country. [1]

The China Human Rights Lawyers Concern Group (the Concern Group) and Taiwan Support China Human Rights Lawyers Network, along with 106 worldwide civil society organizations, once again call on the international community to pay continued attention to all those who are still in detention arbitrarily, to their mental and physical wellbeing as well as to the safety of their families and associates.

We also wish to express our strong condemnation of the Chinese authorities’ transgression of the legal rights of the lawyers and human rights defenders.

Independent sources indicate that the persecution of lawyers, defenders, activists and their families and other activists by means of intimidation, close surveillance and custody has been continuously ongoing since last July. It has also come to our attention that despite the numerous attempts by the defence lawyers and families of the detained individuals to seek redress and remedies within the Chinese domestic legal framework, all efforts have proved futile and all legal avenues have been exhausted.

In view of the passage of the 37 days for criminal detention and approval of arrest, and the soon-to-expire 6-month period for residential surveillance as stipulated in the Criminal Procedure Law, we urge the international community to join us in calling on the Chinese Government to:

Six months on, the whereabouts of most of the lawyers and human rights defenders in detention since 9 July remain unknown to both their defence lawyers and their family members; basic due process rights, including the right to meet with a lawyer, are in this context a distant dream.

Compared to previous persecution, the 709 crackdown has been one of the most targeted maneuvers against lawyers and activists — in terms of its scale, number of people implicated, duration and severity — since rights lawyers first appeared in 2003. Within a period of six months, 317 lawyers, lawyers and law firm staff from across the nation were affected. Members of this group were, and continue to be, summoned, questioned, banned from travelling out of the country, put under house arrest or ‘residential surveillance at designated location,’ or criminally detained, and even disappeared.

Means of suppression have also become more diverse and comprehensive. Apart from manipulating the legally prescribed measure of “residential surveillance at designated locations” to effectively enable secret detention; the government has also conducted a smear campaign of “trial by mass media”[2]. The scope of control and intimidation was extended by the use of “collective punishment on families and friends”, and an additional chilling effect was achieved by threats and extortion; it has been amplified by the move to stifle external support and by attacks on lawyers’ online communications.

The violations against those detained in the 709 crackdown are one of many examples of the deteriorating state of human rights and rule of law in China as well as the narrowing of civic space over the recent years. In 2015, civil society in China faced exceptional challenges, with NGOs forced to close down; repressive national security and counter-terrorism legislation adopted; and dissidents, internet leaders, and members of religious and socially disadvantaged groups seized and or detained in unprecedented scale.

The Chinese government has rendered meaningless the pledges of President Xi Jinping to uphold “rule according to law”. Its actions amount to blatant disregard of international norms and principles, and overt infringement of its own domestic laws

We reiterate the importance of lawyers as an imperative and indispensable force in the promotion and protection of rule of law and human rights in any country. If lawyers have no human rights, there can be no room for rule of law.

Organizations from other countries and regions 其他國家和地區的團體 (36):

China Human Rights Lawyers Concern Group: “China Must Respect Due Process and Uphold the Rule of Law: A call for the Release of 36 Illegally Detained Human Rights Lawyers and Defenders” A Joint Statement by 113 Worldwide Civil Society Organizations regarding the 709 Crackdown已关闭评论

Prominent lawyers and former judges joined with presidents of international bar associations in condemning in a Monday letter the recent arrests of Chinese lawyers and associates. END_OF_DOCUMENT_TOKEN_TO_BE_REPLACED

China has released a Swedish human rights activist it had taken into custody earlier this month and accused of being a foreign agent trying to undermine the Communist party, the Swedish foreign ministry has said. END_OF_DOCUMENT_TOKEN_TO_BE_REPLACED