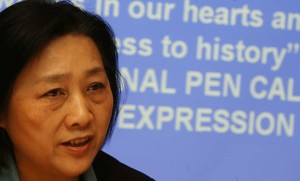 Fears are growing over the health of veteran Chinese journalist Gao Yu, who is serving a seven-year jail term for “revealing state secrets,” following a recent medical check-up and amid continuing political pressure on her in prison.

Gao, 71, was sentenced by the Beijing No. 3 Intermediate People’s Court in April END_OF_DOCUMENT_TOKEN_TO_BE_REPLACED 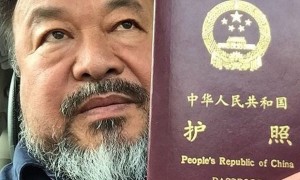 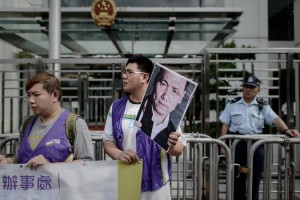 DUNHUANG, China — An oil-field worker in this Gobi Desert town posted poetry online memorializing the victims of the Tiananmen Square crackdown. An artist in Shanghai uploaded satirical photographs of his wincing visage superimposed on a portrait of the Chinese president. A civil rights lawyer in Beijing wrote microblog posts criticizing the Communist Party’s handling of ethnic tensions.

In each case, the men were detained under a broad new interpretation of an established law that the Chinese authorities are using to carry out the biggest crackdown on Internet speech in many years.

Artists, essayists, lawyers, bloggers and others deemed to be online troublemakers have been hauled into police stations and investigated or imprisoned for “picking quarrels and provoking trouble,” a charge that was once confined to physical activities like handing out fliers or organizing protests.

The increasing use of that law to police online speech, which appears to have become more common in recent months, is a piece of President Xi Jinping’s strategy to deploy the legal code to silence dissent and clamp down on civil society.

Since a Communist Party conclave last October, when Mr. Xi and other leaders emphasized “rule of law,” the government has introduced a series of new laws to tighten the vise over civil society and rein in foreign organizations, which the party fears could help foment a revolution here.

“The core of rule of law is that the government shall be restricted by law,” said Zhang Qianfan, a law professor at Peking University. “But now it is using the law to punish whoever criticizes it or has some influence in the public realm.”

In March, five young feminists using social media to organize a campaign against sexual abuse were detained and initially investigated on the picking quarrels charge, setting off global outrage against China.

The latest wave of detentions of so-called provocateurs took place this month, when police officers across China rounded up more than 200 civil rights lawyers and their colleagues. Some remain in detention and may be charged with picking quarrels and other crimes.
An article in People’s Daily, the flagship Communist Party newspaper, accused them of organizing protests and using instant messages to “engage in agitation and planning.” Global Times, a party-run tabloid, said the lawyers “often were no longer engaged in law, but in picking quarrels and provoking trouble with a plainly political slant.”

The legal definition of “picking quarrels” was expanded in late 2013 by the nation’s top legal bodies, the Supreme People’s Court and the Supreme People’s Procuratorate, to encompass online behavior. The court said the charge could apply to anyone using information networks to “berate or intimidate others” and spread false information. First-time offenders can be sentenced up to five years in prison.

The Dui Hua Foundation, a human rights advocacy group based in San Francisco, said that the interpretation was a “major elaboration” on the charge and that it treated online space “not only as a platform through which to incite others to disrupt social order but as a kind of public space itself that can be thrown into disorder by certain kinds of acts.”

The expanded interpretation also made unlawful any “defaming information” that is reposted 500 times or viewed 5,000 times, actions generally beyond the control of a post’s author. That definition was reiterated in the draft of a cybersecurity law released this month.

Dui Hua said in a March report that since the new interpretation took effect, “a growing list of Chinese people have been detained or charged for speech-related incidents” under the law. Among other things, the charge has been used to reinforce an “anti-rumor campaign” aimed at silencing people who question the official versions of news events.
For detail please visit here

Biographies of Lawyers, Staffers and Activists Detained or Disappeared in the July 10 Nationwide Raid Against Rights Lawyers

Posted on 07/28/2015 by | Biographies of Lawyers, Staffers and Activists Detained or Disappeared in the July 10 Nationwide Raid Against Rights Lawyers已关闭评论

Chinese government has been reining in rights lawyers, a group of law practitioners passionate about seeking social justice by fighting a judicial system riddled with injustices. On July 10, China astounded the world by arresting dozens of them (some were released later). Over 200 more in 24 provinces have since been summoned for questioning. Below are short biographies of those who have remained in custody or forced disappearance. 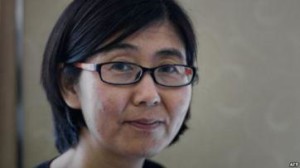 Wang Yu (王宇), age 44, is from Ulanhot, Inner Mongolia. She graduated with a degree in law from China University of Political Science and Law in 1994 and at the time of her END_OF_DOCUMENT_TOKEN_TO_BE_REPLACED

Biographies of Lawyers, Staffers and Activists Detained or Disappeared in the July 10 Nationwide Raid Against Rights Lawyers已关闭评论

Mr. Sun Dawu (孙大午) is a farmer-turned-businessman, and in 2003 he was accused by the government of running an illegal credit cooperative among farmers in Hebei province. His case was one of the landmark cases taken on by rights lawyers when this group of legal professionals were just emerging. Dr. Xu Zhiyong (许志永) wrote, in his 2003 essay “The ‘Illegal’ Life of a Private Enterprise: Defending Sun Dawu,” “providing legal assistance to Sun Dawu is not merely about helping Mr. Sun himself; we are also helping many entrepreneurs who find themselves in similar positions, helping to create a better environment for our nation’s private enterprises to survive and develop, and helping to further the development of reform. We are willing to work hard and serve as legal volunteers promoting social change.” – The Editors 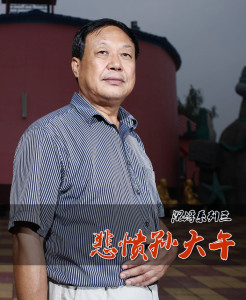 On May 27, 2003, I got a call from a deputy chairman of the Xushui (河北徐水) END_OF_DOCUMENT_TOKEN_TO_BE_REPLACED

On May 19, rights activist Wu Gan (吴淦), better known for his online name “Super Vulgar Butcher” or the “Butcher” for short, set up two pull-up standees in front of the Jiangxi Province Higher People’s Court. He was there to protest the court’s denial of the defense’s access to files of the “Leping Wrongful Conviction Case” (“乐平冤案”). In May 2002, police arrested four suspects in a case of robbery, rape, and dismemberment that occurred in Leping, Jiangxi province, in 2000. The four confessed under torture and were sentenced to death with a stay of execution. In early November 2011, a suspect in another case claimed responsibility for the crime. In light of the admission, rights lawyers took on the case by representing the four and requesting a retrial, but the Jiangxi Higher Court refused their repeated and lawful request to review the case files. This case, as well as the Nie Shubin case (聂树斌案) and the recently overturned Huugjilt case, are among the typical cases of miscarriage of justice that China’s rights lawyers pursue. Correcting wrongs in China’s faulty judicial system is at best difficult, if not impossible altogether, and rights lawyers have, over time, come to develop methods to put pressure on the courts. On that day, the lawyers for the four victims had already staged a sit-in outside the courthouse for over a week to no avail.

Wu Gan, who works for Beijing Fengrui Law Firm (北京锋锐律师事务所), had messages for the chief justice of the court, Zhang Zhonghou (张忠厚). The poster on Wu Gan’s right was an image of tomb stone for Zhang and a couplet deploring his lack of a righteousness and basic humanity; on his left, the poster announced that the “Butcher” was raising money on behalf of the four victims so that they could bribe the justice for END_OF_DOCUMENT_TOKEN_TO_BE_REPLACED 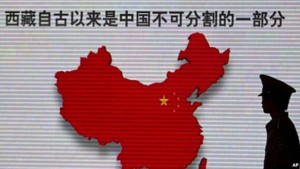 Authorities in the southern Chinese province of Guangdong on Friday wrapped up the trial of the “Guangzhou Three” rights activists after some vigorous arguments by the defense prompted two recesses.