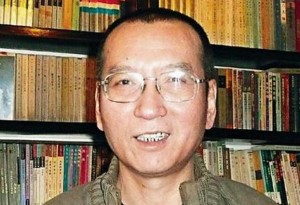 Most political prisoners in China, END_OF_DOCUMENT_TOKEN_TO_BE_REPLACED

1, The Origins of ICPC Creation

On August 27, 2000, I, as a Chinese citizen imprisoned for “illegal publication” of a literary magazine, was sent directly to a flight in Beijing to “deport” for exile in USA according to an agreement between the Chinese and US governments.

In October 2000, I went to Los Angeles to receive the PEN US West Center’s 2000 Freedom to Write Award. Mr. Homero Aridjis, the President of International PEN, and his wife attended the awarding ceremony. Mr. Aridjis, a Hispanic Mexican poet of 60s, had a talent of a politician and diplomat like many Latin American writers such as Pablo Neruda and Mario Vargas Llosa, the laughing strategists. Another goal of his trip was to discuss with me about establishing a PEN center of Chinese writers in exile. During next two days, at the awarding dinner party and in the empty hotel at city center, Mr. Aridjis and some board members of PEN US West continuously persuaded me that my own experiences of arrest and detention in August 2000 had demonstrated the great urgency of creating a PEN center of Chinese writers in exile. END_OF_DOCUMENT_TOKEN_TO_BE_REPLACED