The death of a Chinese activist should spur Washington to act against Beijing’s abuses.

In this March 23, 2013 photo and released by Pablo Diez, END_OF_DOCUMENT_TOKEN_TO_BE_REPLACED 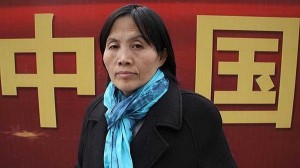 Chinese Human Rights Defenders
Chinese legal rights activist Cao Shunli (1961–2014)
On May 3, fifteen Beijing citizens—scholars, journalists, and rights lawyers—gathered informally at the home of Professor Hao Jian of the Beijing Film Academy to reflect on the twentieth-fifth anniversary of the 1989 June Fourth massacre in Beijing. Two days later, five of the participants were arrested and charged with “creating a disturbance in a public place, causing serious disorder.” All five remain in detention.

Two of the five people have serious medical conditions: philosophy professor Xu Youyu, sixty-seven, has high blood pressure and diabetes; human rights lawyer Pu Zhiqiang, forty-nine, suffers both these conditions plus high cholesterol. Both take daily medications, but officials confiscated their medicines when they arrived at the detention facility, saying that detention-center staff are in charge of all medications. The next day both men were offered pills that they did not recognize. Xu was afraid of ingesting them and declined. Pu reluctantly accepted them.