U.S.-based rights groups have called on President Barack Obama to invite activists, lawyers and other members of the country’s nascent civil society into the White House ahead of a visit by Chinese president Xi Jinping.

Efforts by Obama’s administration aren’t enough to change the behavior of the ruling Chinese Communist Party, which has stepped up its crackdown on lawyers, rights activists and peaceful critics of the regime since Xi took power in 2012, a letter signed by nine organizations said.

“In light of the high-level reception that will be given President Xi, END_OF_DOCUMENT_TOKEN_TO_BE_REPLACED 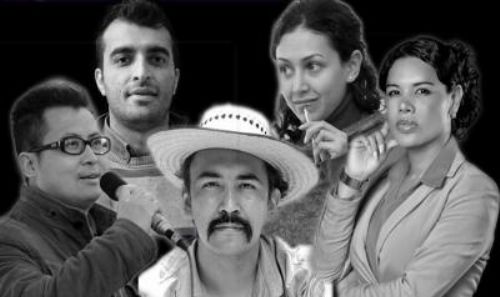 “We didn’t break the law in any way. We made no mistakes. We were simply and sincerely trying to push forward China’s democracy. This is a very persuasive argument.”

Guo Feixiong is the pen name of Yang Maodong, a well known figure in China’s rights defence movement who has previously spent five years in prison for his human rights activities. END_OF_DOCUMENT_TOKEN_TO_BE_REPLACED 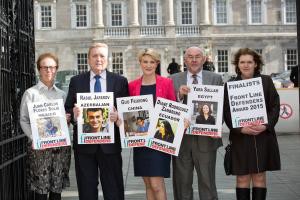 On Wednesday 04 March the Jury for the 2015 Front Line Defenders Award for Human Rights Defenders at Risk announced the 5 finalists for this year’s Award, all of whom are either in jail, END_OF_DOCUMENT_TOKEN_TO_BE_REPLACED