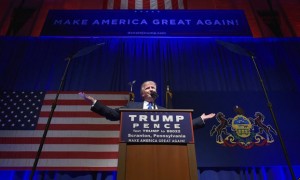 China on Monday said it has lodged a diplomatic protest in Washington after United States president-elect Donald Trump took a phone call from the president of Taiwan, an island claimed but never ruled by its ruling Chinese Communist Party. END_OF_DOCUMENT_TOKEN_TO_BE_REPLACED