Saudi Arabia must not flog Raif Badawi for blogging 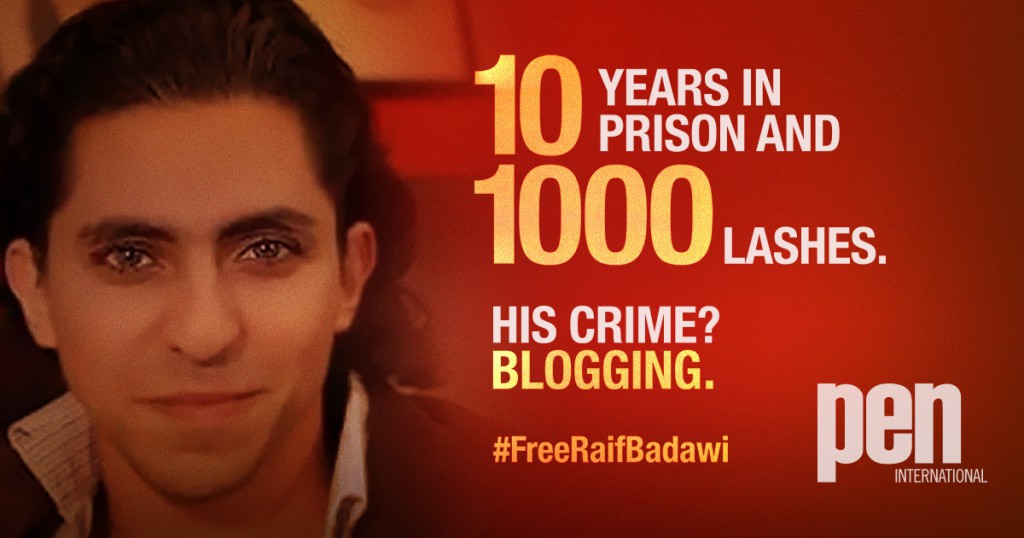 20 October 2016 – PEN International is deeply concerned by news reports, as yet unconfirmed, that the Saudi government may resume the lashing punishment against blogger Raif Badawi, currently serving a 10-year sentence in Saudi Arabia. The news was announced in a statement by The Raif Badawi Foundation, which said it had received the confirmation from the same source that had notified his family about the first 50 of 1,000 lashes, which Badawi was given on 9 January, 2015. After his first flogging, Badawi’s remaining 950 lashes were postponed indefinitely on medical grounds. END_OF_DOCUMENT_TOKEN_TO_BE_REPLACED

Saudi Arabia must not flog Raif Badawi for blogging已关闭评论

According to unconfirmed reports, Raif (or Raef) Badawi, who was sentenced by a Saudi Arabian court to 10 years in prison, 1,000 lashes , a fine, a 10-year travel ban and 10-year media participation ban for “insulting Islam” and “founding a liberal website”, may now face a retrial for END_OF_DOCUMENT_TOKEN_TO_BE_REPLACED