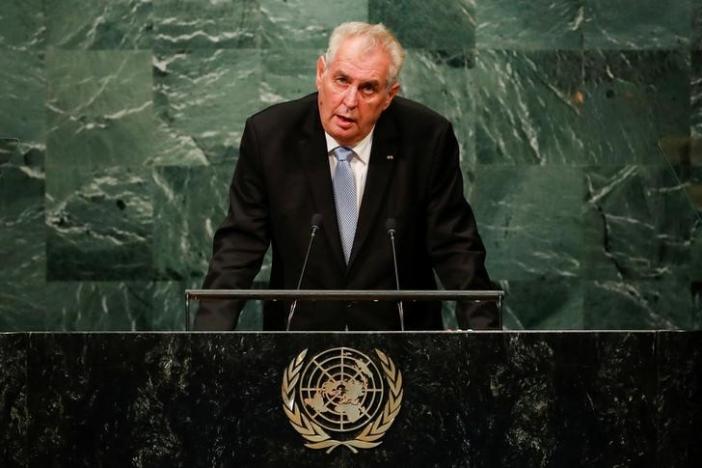 PRAGUE Czech President Milos Zeman has decided against awarding a state medal to a Holocaust survivor after the man’s nephew, a Czech government minister, met exiled Tibetan leader the Dalai Lama against the president’s wishes, the minister said on Friday. END_OF_DOCUMENT_TOKEN_TO_BE_REPLACED

Dear Jiri, dear Igor and the friends of the Czech PEN,

The Independent Chinese PEN (ICPC), my Chinese colleagues and I are deeply saddened that Mr. Václav Havel has passed away on December 18th.

Mr. Havel was a great humanist. His humanity illuminated both his literary and political achievements. As a past victim of the communist-dictatorship, he set up an example, how powerful a powerless is in fighting for the freedom and human dignity.Havel’s spirit and courage have inspired generations of Chinese intellectuals. People devour his books and speeches. The former president of ICPC, Mr. Liu Xiaobo,has been a follower of Mr. Havel ever since he was a young writer in the 80s. He has modeled Charter 77 and initiated with others the Charter 08 in searching for a democratic future of China in 2008. After Liu’s arrest and sentence, Mr. Havel has shown his solidarity with Liu Xiaobo and appealed repeatedly for his release. He also nominated Liu to Noble Peace Prize. On December 10th this year, despite his bad health, Mr. Havel still lauched the Forum 2000 Conference in Prague, a roundtable focused on the democracy and human rights situation in Asia as well as in commemoration of the first anniversary of the awarding of the Nobel Peace Prize to Liu Xiaobo.The world and the Chinese intellectuals will keep Václav Havel in their memory as paragon and friend. The world becomes more beautiful and dignified because of you.

In deep condolence and gratitude