Members of the New Citizens Movement hold banners in public, urging officials to disclose their assets as a check against corruption, in Beijing on a file photo. END_OF_DOCUMENT_TOKEN_TO_BE_REPLACED

New Citizens’ Movement activists Liu Ping and Wei Zhongping were each sentenced to six and a half years in prison on Thursday, while a third, Li Sihua, received a sentence of three years. END_OF_DOCUMENT_TOKEN_TO_BE_REPLACED 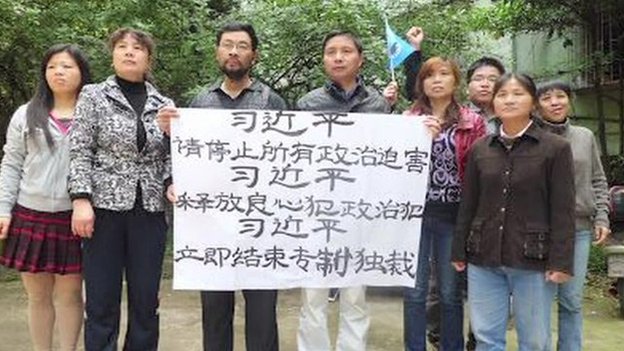