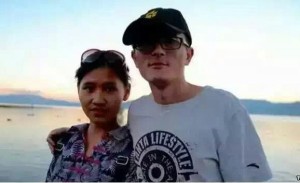 A rights activist detained in the southern Chinese province of Yunnan alongside her boyfriend on public order charges after he compiled detailed lists of protests, has rejected the charges against her in a recent meeting with her lawyer. END_OF_DOCUMENT_TOKEN_TO_BE_REPLACED

Authorities in the southwestern Chinese province of Yunnan have formally arrested a blogger who compiled detailed lists of protests and his girlfriend, on public order charges, rights groups said. END_OF_DOCUMENT_TOKEN_TO_BE_REPLACED 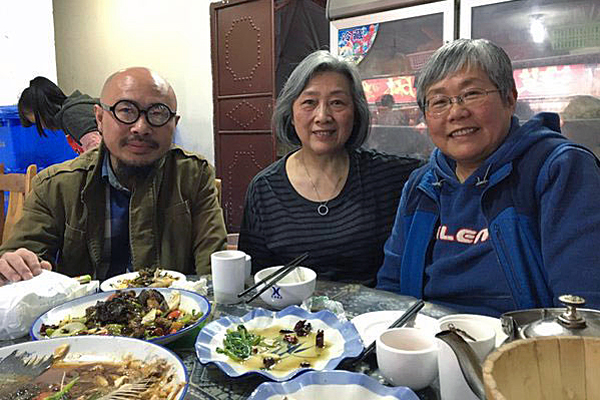 Outspoken veteran journalist Gao Yu is currently under round-the-clock surveillance by China’s state security police, who recently took her on a forced “vacation” in the southwestern province of Yunnan, a friend of hers told RFA on Thursday.

Gao Yu, 71, who has been permitted to serve a five-year jail term “outside jail,” holds a valid German visa but has been denied permission by the Chinese authorities to seek medical treatment overseas.

She also suffers from high blood pressure and has signs of a growth on a lymph node that could be malignant, her lawyers said in her applications for medical parole before her release.

“After I arrived with Wang, we saw that there were a couple of state security police eating alongside Gao,” Xu said. “We went to a teahouse afterwards, and talked until pretty late.”

“I heard that her security detail was criticized for that later…They weren’t supposed to allow her to meet with local dissidents.”

“The next day we had planned to meet up for a meal, but we didn’t get to see Gao that time,” Xu said, adding that Gao appeared to have been moved on to “vacation” in another Yunnan resort town.

“The next day, they [Gao and the police] went to Lijiang, and that was basically the extent of our contact with Gao,” Xu said.

Xu said Gao had received no reply to her application to leave the country on medical parole, which she took to mean it had been refused.

“They just keep dragging it out,” Xu said. “I got the impression that she isn’t doing so badly [physically], but psychologically she’s not doing too well.”

“She’s still pretty angry about the devastating one year and seven months that she spent behind bars.” 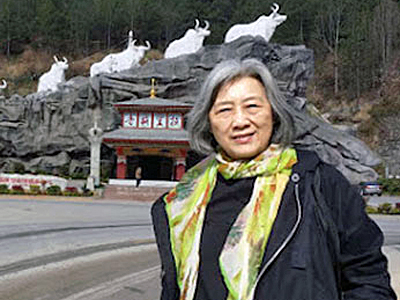 Yunnan-based rights activist Zhu Chengzhi said he had also tried to meet with Gao during her trip.

“We knew that Gao was in Dali, and I and some friends got on a train from Kunming [to visit her],” Zhu said. “But when we arrived in Dali, she had already gone to Lijiang, so the next day we also got a train to Lijiang.”

“But she told us that the authorities had banned her from meeting with us,” Zhu said. “After she went to Lijiang, she went to Shangri-la, and then back to Kunming.”

“I hope she will be able to…get her health back to a better state as soon as possible,” he said.

Gao’s friends say she has been turned away from every hospital in China where she has sought treatment since her release from detention.

Her “vacation” appears to have been timed to coincide with the annual meeting of the National People’s Congress (NPC) from March 5-15, and Gao is likely to have returned to Beijing soon after it ended, sources said.

Gao was initially sentenced to a seven-year jail term by the Beijing No. 3 Intermediate People’s Court in April 2015 for “leaking state secrets overseas,” but denied breaking Chinese law, saying that a televised “confession” on which the prosecution based its case was obtained under duress.

Gao had been held in the jail since her initial detention in April 2014, as she planned to mark the 26th anniversary of 1989 student-led pro-democracy movement on Tiananmen Square, that culminated in a military crackdown by the People’s Liberation Army (PLA) on the night of June 3-4, 1989.

During her November 2014 trial, Gao Yu was accused of leaking party policy Document No. 9 to a Hong Kong-based media outlet.

Document No. 9 lists “seven taboos” to be avoided in public debate, online and in China’s schools and universities that include democracy, freedom of the press, judicial independence and criticism of the party’s historical record.

Her defense team argued that the document was already widely available online.

Reported by Wen Yuqing for RFA’s Cantonese Service. Translated and written in English by Luisetta Mudie.