Posted on 02/25/2017 by editor | China: Suspension of Feminist Social Media Another Example of “Zero Tolerance”已关闭评论

NEW YORK—Sixty of the most prominent names in literature have sent a joint letter with PEN America to President Donald Trump today, urging him not to impose a new immigration ban that would affect the ability of artists, writers, and thinkers to travel to the United States. END_OF_DOCUMENT_TOKEN_TO_BE_REPLACED

New York, NY (February 16, 2017) –The thirteenth annual PEN World Voices Festival of International Literature will focus its lens on today’s fractious relationship between gender and power. Taking place in New York City, May 1-7, 2017, the weeklong Festival will use literature and the arts to address how gender both enables and impairs full participation in politics and society. At a moment of unprecedented threats to freedom and truth, and of emboldened mobilization and resistance, the Festival will connect leading global writers, artists and thinkers with concerned citizens to examine bigotry, misogyny and xenophobia, and to bolster the movement to counter them. END_OF_DOCUMENT_TOKEN_TO_BE_REPLACED

What Can’t Be Sung: Xiaolu Guo and Nellie McKay in Conversation with Sasha Frere-Jones

Posted on 08/14/2014 by editor | What Can’t Be Sung: Xiaolu Guo and Nellie McKay in Conversation with Sasha Frere-Jones已关闭评论 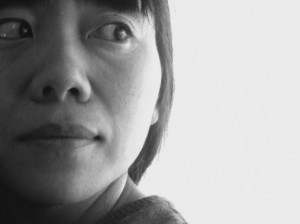 What Can’t Be Sung: Xiaolu Guo and Nellie McKay in Conversation with Sasha Frere-Jones已关闭评论

PEN International is seriously concerned for the well-being of Uyghur writer, academic and Uyghur PEN member, Ilham Tohti, who was formally charged with “splittism” on 20 February 2014, amid a crackdown on Chinese Uyghurs critical of the government. His wife received formal notification of the charges on 25 February. Dozens of writers have joined American PEN in calling for his release.

Writer, economist, and Uyghur PEN Member Ilham Tohti was arrested on January 15, 2014 for his peaceful expression in defense of human rights of the Uyghur people. If convicted, he could face life in prison, or even the death penalty. Tohti’s arrest came shortly after the Chinese government’s pledge to make “maintaining social stability” the primary strategic goal within the Xinjiang Uyghur Autonomous Region, which PEN believes is part of a crackdown on dissent and criticism of Chinese government policies by the Uyghur people. Join PEN and writers including Teju Cole, Salman Rushdie, Francine Prose, Nicole Krauss, and more than 50 others by taking action to tell Chinese authorities to release Ilham Tohti now. To sign PEN’s letter click here.