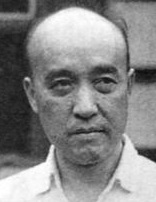 Hu Feng (born Zhang Mingzhen, November 2, 1902 – June 8, 1985), a prominent art and literary critic, commentator, editor, translator and poet, was imprisoned in 1955 after the authorities named him leader of a“Hu Feng Counterrevolutionary Clique” on the basis of a “300,000-word Report”. He spent 24 years in prison and six more years under the cloud of injustice until his death.