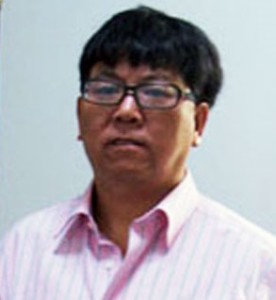 Adam Shapiro: China’s Neo-Authoritarianism on Display at the G20

Posted on 09/06/2016 by editor | Adam Shapiro: China’s Neo-Authoritarianism on Display at the G20已关闭评论

Between 4-5 September the leaders of 19 of the world’s largest economies and representatives from the European Union meet in Hangzhou in eastern China to discuss global financial stability and international economic policy. It is the first time that China is hosting a G20 Summit and it is another opportunity for it to announce its arrival on the world stage. Millions of dollars are being spent to ensure the city is picture-postcard perfect for the arrival of the dignitaries. END_OF_DOCUMENT_TOKEN_TO_BE_REPLACED

Adam Shapiro: China’s Neo-Authoritarianism on Display at the G20已关闭评论

Posted on 06/19/2016 by editor | Court Jails Veteran Democracy Activists For 10, 11 Years For Subversion已关闭评论 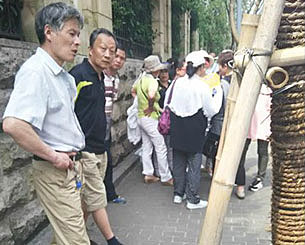 Supporters of democracy activists wait outside Zhejiang courthouse to hear verdicts against them, June 17, 2016. Photo sent by an RFA listener

A court in the eastern Chinese province of Zhejiang on Friday handed down jail terms of just over a decade each to two veteran members of a banned opposition party after finding them guilty of subversion, their relatives and lawyers said. END_OF_DOCUMENT_TOKEN_TO_BE_REPLACED 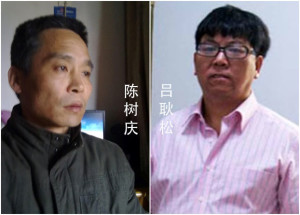 Authorities in the eastern Chinese city of Hangzhou have once more detained a veteran pro-democracy activist on suspicion of subversion, his wife and rights groups said.

Activist and member of the banned opposition China Democracy Party (CDP) Lu Gengsong was criminally detained by Hangzhou police on Monday on suspicion of “incitement to subvert state power.”

However, his wife said the move was likely a form of retaliation for Lu’s advocacy work on behalf of ordinary people with grievances against the ruling Chinese Communist Party.

“Lu Gengsong came to see me at my workplace at around 8:00 p.m. [on Monday], and the police took him away as he was coming out,” Lu’s wife Wang Xue’e told RFA.

“The police didn’t give us a reason.”

According to a copy of the police detention notice seen by RFA, Lu is currently being held at the Hangzhou detention center.

Wang said more than 20 officers had then searched the couple’s home, seizing a computer and two cell phones.

“The Hangzhou police didn’t send the notification of criminal detention to us until Tuesday morning,” Wang said.

The charge against Lu, 58, was listed as “incitement to subvert state power,” she added.

“That’s what Lu Gengsong told the state security police, and they gave me the message,” Wang said.

Meanwhile, fellow CDP activist Chen Shuqing said Lu’s detention could be linked to recent posts he had made online regarding rampant official corruption.

“My guess is that this something to do with articles Lu Gengsong posted online in recent days about corrupt officials, and also his reporting on the cases of petitioners in Jiangsu province,” Chen said.

But the party regards any popular involvement in the anti-corruption campaign as highly sensitive and potentially threatening, and has sentenced a number of activists to jail for calling on officials to reveal their wealth.

“Starting in 2005, Lu Gengsong began working with us at Tianwang on some rights-defending activities,” Huang said. “He was then locked up on a trumped-up charge after he annoyed some people in the local government.”

“The authorities are using his online writings about democracy and his membership in the CDP as an excuse,” Huang said. “The authorities make a habit of interrogating him and searching his home under suspicion of incitement to subvert state power.”

Lu was last detained under similar charges last November. His home was also searched and computers confiscated at that time, although he was later released under close surveillance.

According to the New York-based group Human Rights in China, the couple’s home has been under 24-hour surveillance since February, and Lu has been restricted to his home with limited freedom of movement.

Lu was sentenced by a Hangzhou court to four years’ imprisonment for “incitement to subvert state power” in February 2008, in a trial that Wang said took about 15 minutes.

A history graduate from eastern China’s Zhejiang University, Lu taught at a police college before being expelled in 1993 because of his pro-democracy activities.

Since then, he has published several books, and is best known for “A History of Chinese Communist Party Corrupt Officials,” published in Hong Kong in 2000.

The CDP was banned in 1998 and several of its founder members sentenced to lengthy jail terms for subversion the same year.

Beijing has repeatedly hit out at international concern over its human rights situation, saying that only the Chinese people have the right to speak out on the subject.

But the authorities repeatedly detain and harass any activists who try to do so.

Reported by Gao Shan for RFA’s Mandarin Service, and by Grace Kei Lai-see for the Cantonese Service. Translated and written in English by Luisetta Mudie.