‘My Brother Has Been Appallingly Treated’

Zhu Xiaoyan, the U.S.-based sister of veteran jailed democracy activist Zhu Yufu, has called on the ruling Chinese Communist Party to end the beatings and mistreatment meted out to her brother in prison. END_OF_DOCUMENT_TOKEN_TO_BE_REPLACED

‘My Brother Has Been Appallingly Treated’已关闭评论 A rights activist, one of the Guangzhou Three, recently released from prison in the southern Chinese province of Guangdong, says he is having trouble returning to normal life, detailing ongoing restrictions on his movements and a lack of income. Wang Qingying, who was sentenced on Jan. 29, 2016 by the Intermediate People’s Court in Guangdong’s provincial capital Guangzhou alongside Tang Jingling and Yuan Xinting, spoke to RFA following his release at the end of his two-and-a-half year sentence, most of which was served in pretrial detention: END_OF_DOCUMENT_TOKEN_TO_BE_REPLACED

Interview: ‘They Humiliate You, And Treat You Like Animals, Worse Than a Dog’已关闭评论

‘I Was Tortured in Detention’: Released Guangzhou Three Activist

Posted on 11/18/2016 by editor | ‘I Was Tortured in Detention’: Released Guangzhou Three Activist已关闭评论 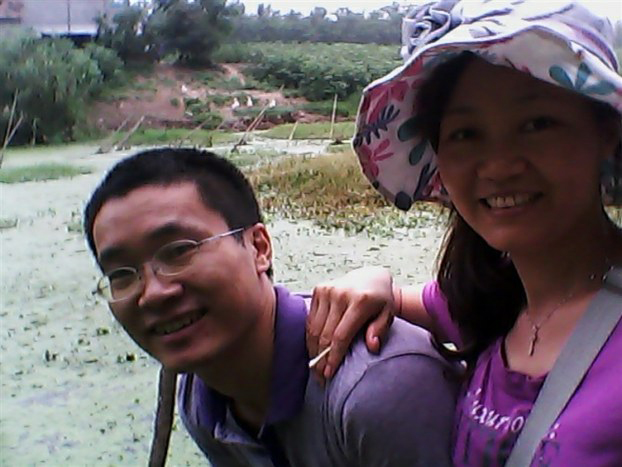 Tang Jingling, a top human rights lawyer in Guangzhou, and his wife Wang Yanfang in an undated photo. (Photo courtesy of Wang Yanfang.)

A rights activist recently released from prison in the southern Chinese province of Guangdong has described being shackled to a single spot and denied food and water during his incarceration. END_OF_DOCUMENT_TOKEN_TO_BE_REPLACED

‘I Was Tortured in Detention’: Released Guangzhou Three Activist已关闭评论 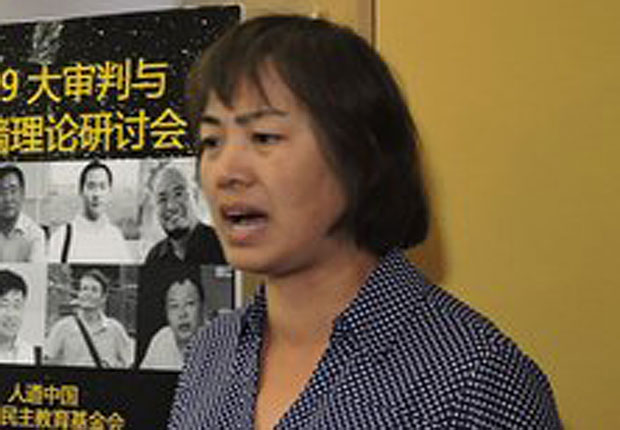 Zhu Xiaoyan is the U.S.-based sister of veteran jailed democracy activist Zhu Yufu, who was handed a seven-year jail term for subversion by a court in the eastern city of Hangzhou after he penned a poem calling on people to vote with their feet. She spoke at a recent event in San Francisco about her brother, who wrote the poem titled “It is Time” during online calls for ‘Jasmine’ rallies inspired by protests in the Middle East in early 2011. END_OF_DOCUMENT_TOKEN_TO_BE_REPLACED 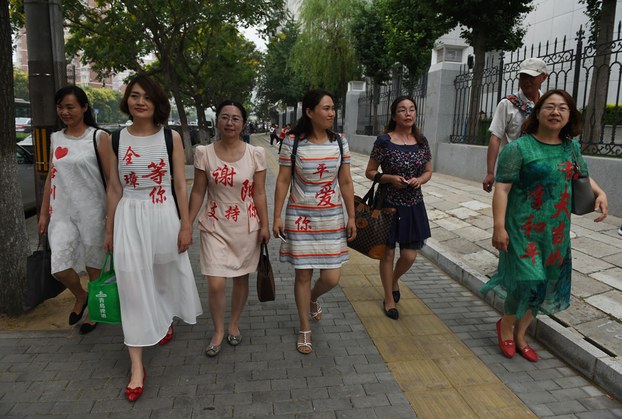 Wives of Chinese human rights lawyers detained in a 2015 crackdown wearing the names of their husbands after filing complaints at the Supreme People’s Procuratorate in Beijing, July 4, 2016. AFP

Rights lawyers have dismissed recent claims by the ruling Chinese Communist Party that it has improved treatment of prisoners and detainees in its judicial system, saying the country’s human rights situation continues to worsen. END_OF_DOCUMENT_TOKEN_TO_BE_REPLACED 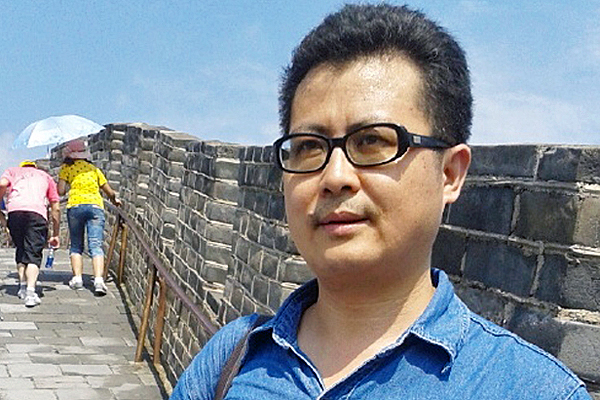 Jailed Chinese rights activist Guo Feixiong is on hunger strike in protest at ill-treatment at his prison in the southern province of Guangdong, his sister said on Friday. END_OF_DOCUMENT_TOKEN_TO_BE_REPLACED 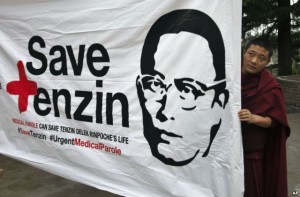 BEIJING—A Tibetan monk who was one of China’s most prominent political prisoners has died in jail, a relative said on Monday, and a rights group END_OF_DOCUMENT_TOKEN_TO_BE_REPLACED