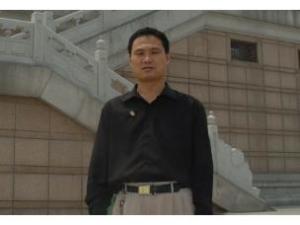 The Writers in Prison Committee of PEN International protests the additional eight-year sentence handed down to freelance journalist Qi Chonghuai on 9 June 2011, two weeks before the end of his four-year sentence for extortion and blackmail. It is widely believed that he is targeted for his critical reporting, and for letters smuggled out of prison in 2009 alleging ill-treatment. END_OF_DOCUMENT_TOKEN_TO_BE_REPLACED

Posted in RAN About Chinese

Independent Chinese PEN Centre (ICPC) strongly protests that Journalist Qi Chonghuai, an honorary member of ICPC, has been sentenced to a further 8 years imprisonment in addition to the four years he has  almost completed for “extortion and blackmail” and “embezzlement” by Tengzhou Intermediate People’s Court, Shandong Province on June 9. ICPC calls on all the international community to pay more attention to this case, and calls on the Chinese authorities to ensure Mr. Qi’s legal rights to appeal against the verdict and his freedom from any ill-treatment during his remaining imprisonment, and for his immediate and unconditional release. END_OF_DOCUMENT_TOKEN_TO_BE_REPLACED