China: PEN renews its calls to release all writers, journalists and publishers

Posted on 12/07/2016 by editor | China: PEN renews its calls to release all writers, journalists and publishers已关闭评论

Ahead of World Human Rights Day, PEN International reiterates its calls on the Chinese authorities to immediately and unconditionally release all writers, journalists, bloggers and publishers held for peacefully exercising their right to freedom of opinion, expression and association. The number of detained and imprisoned writers in China is among the highest in the world. PEN also calls on the authorities to ratify the International Covenant on Civil and Political Rights without further delay. END_OF_DOCUMENT_TOKEN_TO_BE_REPLACED

China: PEN renews its calls to release all writers, journalists and publishers已关闭评论 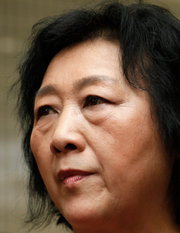 PEN International is deeply concerned for the health of veteran journalist Gao Yu following reports that she was hospitalised after the Beijing Municipal Bureau of City Administration and Law Enforcement identified her garden for destruction on 31 March 2016. Gao Yu remains in hospital; her condition has now stabilised. PEN International calls on the Chinese authorities to stop harassing Gao Yu and to approve her application to be granted leave to travel to Germany for medical treatment. END_OF_DOCUMENT_TOKEN_TO_BE_REPLACED