Gao Yu’s Family Under Surveillance Amid Security Clampdown in Beijing 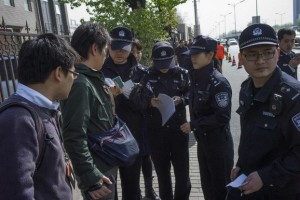 Gao Yu’s Family Under Surveillance Amid Security Clampdown in Beijing已关闭评论 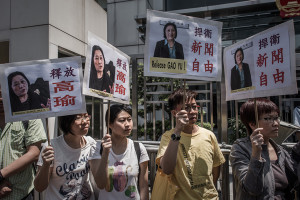 Demonstrators hold placards with portraits of Chinese journalist Gao Yu during a protest in support of her outside the central government liaison office in Hong Kong, April 17, 2015.AFP
A Beijing court on Friday handed a seven-year jail term to veteran Chinese journalist Gao Yu after finding her guilty of “leaking state secrets overseas,” it said. 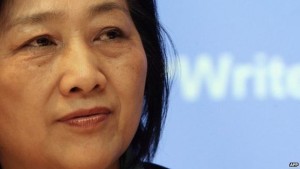 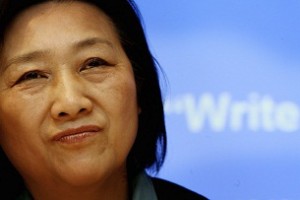 China has jailed a top journalist for seven years END_OF_DOCUMENT_TOKEN_TO_BE_REPLACED

Apparently, college students are hot on the spy market right now, in both China and the US. 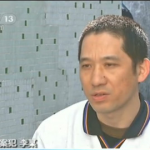 A month after the FBI rolled out a cheesy microfilm “Game of Pawns: The Glenn Duffie Shriver Story” about an American college student who was recruited to spy for China, Beijing releases its own Shriver stories of Chinese college students being recruited by foreign intelligence agencies for espionage activities.

In the FBI story, Shriver, a Michigan native who studied in Shanghai, was approached by a Chinese woman who later turned out to work for the Chinese government. Shriver was encouraged to seek US government jobs, more specifically, at the CIA, with the aim of accessing classified information. He pleaded guilty to espionage charges in 2012 and was sentenced to 4 years.